Twenty-five of the most powerful US senators and other officials joined Cypriot President Nicos Anastasiades in an online commemoration of the 60th anniversary of Cyprus’ independence on September 30th.

The Republic of Cyprus was represented by President Anastasiades, along with Foreign Minister Nikos Christodoulides and Cypriot Ambassador to the US Marios Lysiotis, among other officials.

Greece’s Ambassador to the US, Alexandra Papadopoulou, read a message from Greek Prime Minister Kyriakos Mitsotakis to the assembled dignitaries.

The Chairman of the House Middle East Subcommittee and Co-Chair of the Congressional Hellenic Israeli Alliance, Congressman Ted Deutch, also spoke at the commemoration, along with American Jewish Committee CEO David Harris.

The Federation of Cypriot American Organizations was represented at the commemoration by its President, Kyriacos Papastylianou; and AHEPA’s Supreme President George Horiates
was also in attendance. AHI President Nick Larigakis, along with the Cyprus-US Chamber of Commerce President Maria Pappas also took part in the commemoration. 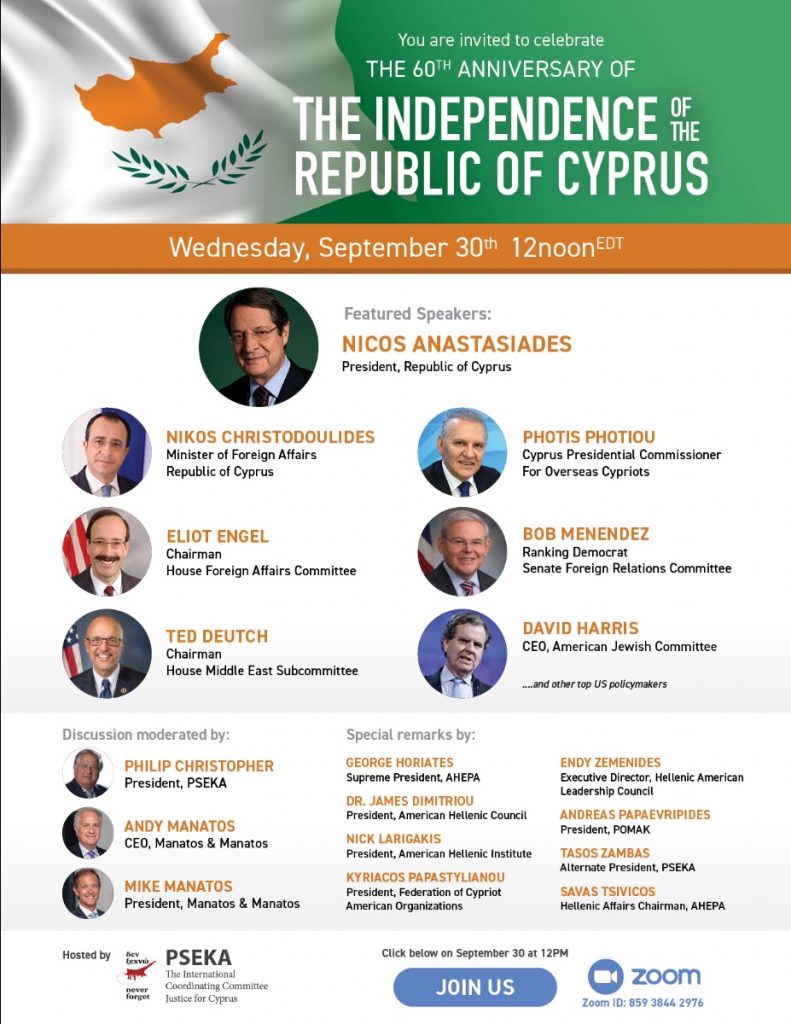