GRNews
GreekReporter.comGreek NewsCultureFormer Banker Leaves US to Reconnect with Parents' Homeland in Greece

Former Banker Leaves US to Reconnect with Parents’ Homeland in Greece 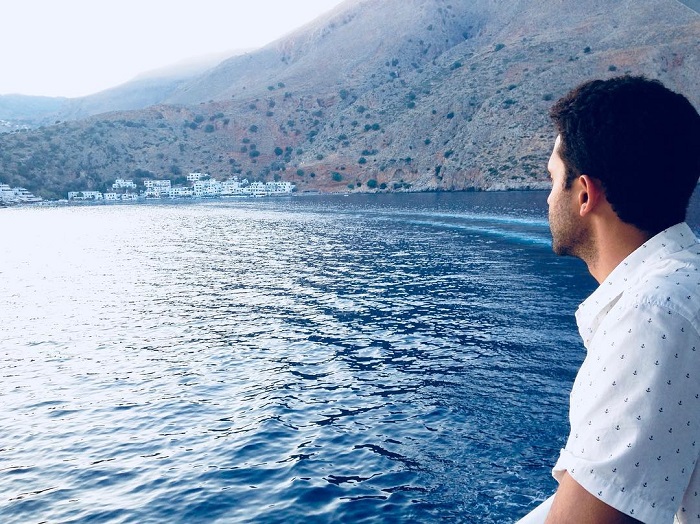 Peter Manuselis was once in many ways a typical Greek-American — but growing up in North Canton, Ohio with his immigrant parents, he simply could not identify with their original culture or language — even actively avoiding their foreign ways, almost ashamed of them for not being American enough.

He admits to feeling very self-conscious, and even inferior to his young friends, in his formative years. In what was perhaps a bit unusual in the experience of Greek-Americans, he did not attend Greek language school — nor did he even have any Greek friends.

“I desperately wanted mom to bake chocolate-chip cookies like other moms,” Manuselis writes in the introduction of the book, “and for our house to look neat and tidy like the neighbors’ houses, but, to my despair, neither ever happened.”

What the author hankered after most of all was what most think of as the American ideal, to be successful — and to just fit in with the rest of society.

He found the way that his parents had met, via an arranged marriage, with her agreeing to marry him based on a single black and white photograph — not terribly unusual in the old days — “comical.” His mother explained to Peter that she had just wanted, as had so many others, a better life.

Once Manouselis had become a successful Wall Street investment banker as an adult, he began to feel an inexorable longing pulling him toward Greece, the land of his ancestors, when he was just thirty-one years of age.

Now, years after he not only gave up everything he had known to fulfill his dream and discover that vital connection with Greece while living in the village of Kallikratis, on Crete, he has now written a book of memoirs, titled “Perspective: A Greek-American Finding His Way in Greece.” 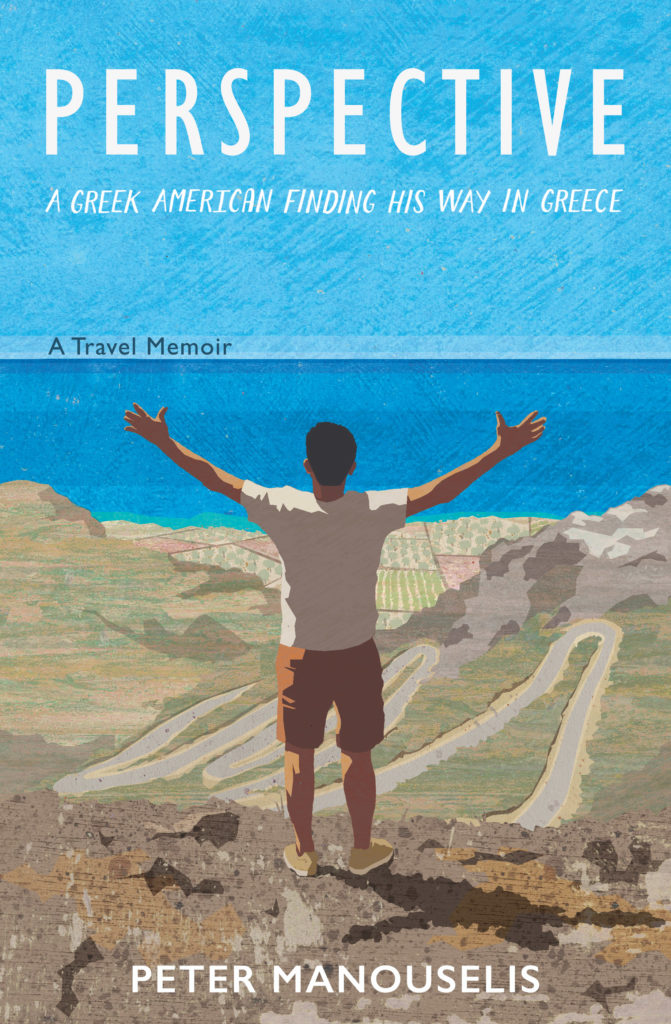 Manouselis spoke with Greek Reporter recently about his odyssey back to the homeland of his parents. Asked what was it like to have to learn Greek in full immersion style, since he really hadn’t learned it in depth at home, he replies “Even myself, as a first-generation Greek American, I was still, in many instances, totally lost in what I heard spoken by the locals.

“I took Fall and Winter language courses on the island of Crete and so there was also the element of the Cretan dialect I eventually inherited into my Greek vocabulary. For instance, ‘no’ in Crete can also be expressed as ‘oi’ vs. the ‘oxi’ used in mainland Greece. I think it can be a fair statement to say that Greek is a challenging language in comparison to Spanish, Italian or French, especially to an English speaker, as it is a totally different alphabet one must learn and the words are long and in abundance, as there is usually a word for each specific meaning, rather than, when you look at the English language, many words are inflected. 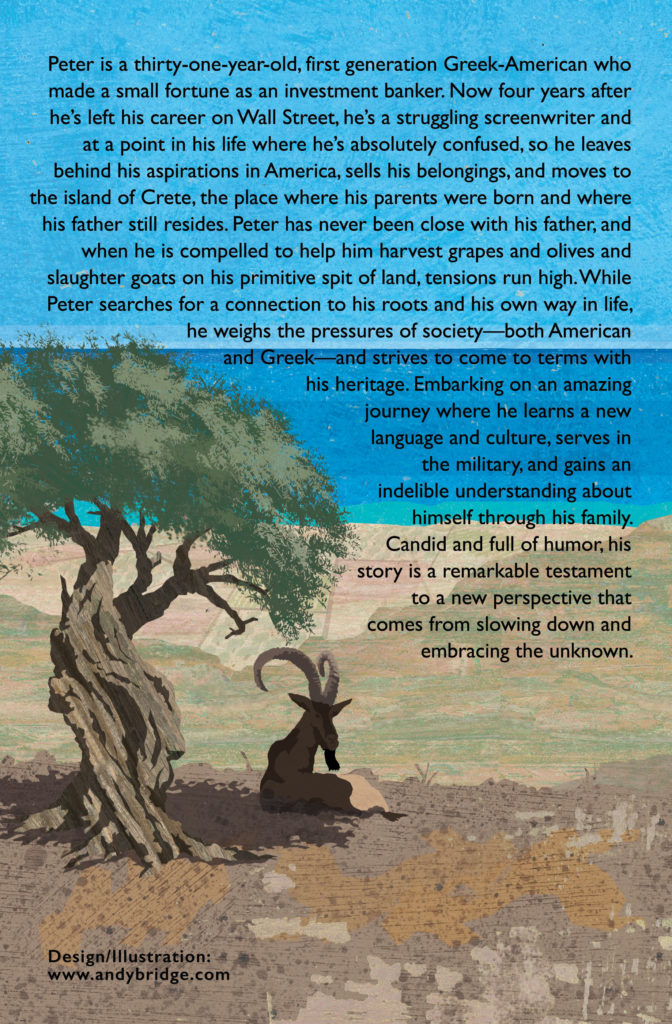 “Once I got started with classes, I noticed I was learning the language at a faster rate than the other students who had no experience with Greek. I guess I subconsciously had the language packed away in my head from when my parents always spoke to me, so when I took classes and lived in the country, the Greek language tucked away in my head finally let loose.
“I actually believe you can learn a new language at a faster rate when you’re older because you have context through life experience that can be used to help you absorb words faster. The reason why some might say it is harder when you’re older is because 1) learning a language as an adult is likely not your ‘job’ as it is when you’re a toddler/kid, and 2) adults don’t like to sound like a kid at the beginning. For me … I wasn’t embarrassed to sound like an idiot after mispronouncing a word, or even using the wrong word to convey a thought,” Manouselis explains.
It may be difficult for some Greek-Americans to imagine entering the Greek military, as all young Greek men must do, and the prospect may even scare them off from even looking into citizenship. Manouselis was not daunted by the prospect, however, explaining that “My father wanted me to be a Greek national as well, and so he had registered me in Greece; that meant I was required to serve in the military, even at my age.
“There really isn’t a way to get out of it from what I know. I remember in my class was a professional Greek soccer player who still had to serve in the Army. However, there are certain ways for one to serve a shorter term than the required nine-month term. I only served three months because I was able to show I had lived in the US for my entire life.
“I write a lot about my experience in the Army in my book, and I have to say that it was one of the best things I could have ever done in my life up to this point. I know that it will remain as one of my best decisions, even when I was nervous about doing it at first. I made great friends. I accelerated my understanding of the language. I truly took on a new perspective after I had finished that remains invaluable today.”
Asked by Greek Reporter if, in his estimation, overall it is harder or easier to make a living there, Manouselis replies “I think I will leave this for readers of the book to find out. But I will say that living in Greece, or America, is a psychology developed in one over time, of how you were raised, how you are conditioned to expect certain things in life.
“This was one of my biggest challenges I confronted in my book: to balance my American and Greek ideologies. To say one place is harder than another would be false (especially in developed, democratic societies such as the US and Greece). It all depends on each person’s expectations for what they want to get out of their life.”
The former high-powered Wall Street banker was asked if he would recommend that other diaspora Greeks, or those who are not even Greek at all, leave their comfort zones and move to Greece.
“Absolutely!” Manouselis replies without hesitation. “I think for any diaspora (member) wanting to return to their roots is a great thing. I harbored a sense of nostalgia in wanting to return to the land and culture of my forebears. I had felt incomplete in some weird way by the fact of only having lived in the US, but very much imbued with the Greek culture.
“I think many people are afraid to because of feeling too comfortable in their existing situation, or they fear the financial setback they might incur. I hold a college degree and worked as an investment banker in New York City, and many people in my field went on to get an MBA or pursue some sort of higher education. If you want to be a doctor or a lawyer, I can understand the necessity for that, but in my opinion, there is no better ‘higher education’ than for one to spend two years abroad learning a new language and culture and, more importantly, learning a great deal about yourself. Plus, it’s less expensive!”
Greek Reporter also wanted to know if the famed Greek bureaucracy was a hindrance to Manouselis at all in his quest to set roots in the land of his ancestors.
“Great question,” he replies laughingly. “I will say that I likely pulled out a few hairs with gathering all the paperwork I needed to only serve in the military for three months. I remember a Staff Sergeant making a hilarious remark about the employees working in the municipal offices when we were all standing around and watching him show us how to fix a tent and he asked for a hand in holding up the tent and nobody moved, he said, “We’re not in the municipal office where one does the work and nine others sit around and sip frappes!”
He concluded, however, “I will say though, I was surprised at how quickly and seamlessly I was able to get my EU passport after I had finished my military duty.”