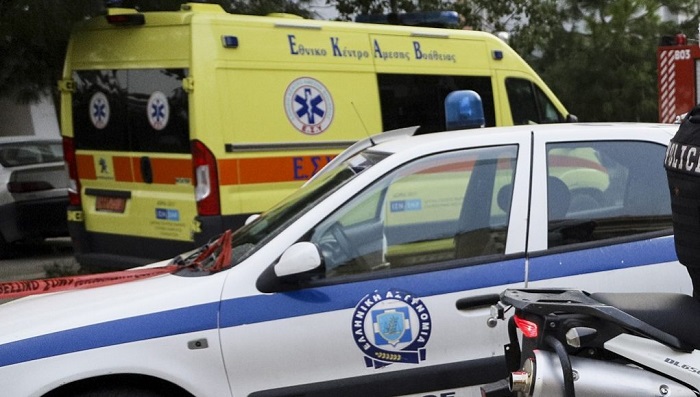 In a shocking series of events, police arrested a man who barged into a tax office in Kozani, Thessaloniki on Thursday and began to viciously attack employees there with an axe.
The attack occurred on Thursday during normal business hours in the northern town of Kozani, located 450 kilometers (280 miles) northwest of central Athens.
According to eyewitnesses who were present right before the attack occurred, the forty-five-year-old suspect was seen entering the tax office, situated on Aristotelous Street, sometime after 1:00 pm, while also carrying a bag with the axe inside.
After having reached the second floor of the building, the man pulled out the axe and began to assault the victims who were present at the scene, all of them being employees of the tax authority.
Four people, including three women and one man, were injured during the attack. The employees were rushed to Mamatsio Hospital to be treated for unspecified injuries. According to hospital personnel, the man is believed to be in serious condition.
One of the women in the tax office had also injured her leg after falling down a set of stairs in her frantic attempt to try to escape the axe-wielding-man.
The suspect himself was disarmed at the scene by the head of the police department in Kozani with the assistance of one of the employees, and was promptly arrested.
Authorities are still looking for any clear motives for the attack, which has shocked the entire community of the town of Kozani, with locals still frightened and unsettled from the events.