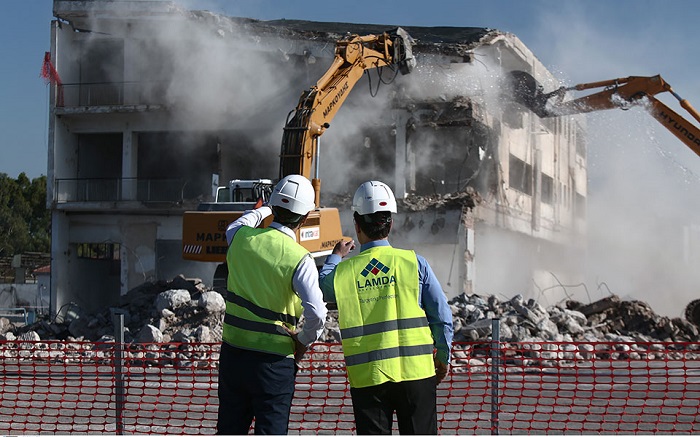 Greece inaugurated on Friday the start of construction work on a long-delayed major development project at the prime seaside site of Hellinikon, the old Athens airport.
Lamda Development, which is undertaking the investment, plans to turn the seaside plot into a complex of public parks, luxury residences, hotels, a yachting marina and casino at a total cost of about 8 billion euros.
“Today is a very important day, a symbolic day. By demolishing the old useless buildings of the old airport, we are laying the foundations for the new Hellinikon. One of the largest, perhaps the largest project in the Mediterranean, will be realized in this – for 19 years abandoned – area,” Prime Minister Kyriakos Mitsotakis, who attended the launch of the works, said. 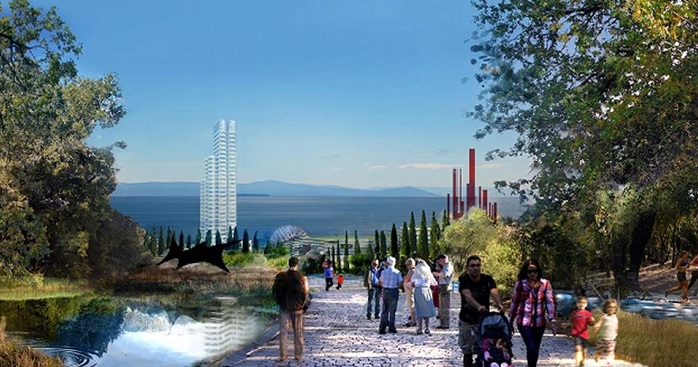 “It is the largest coastal park in the Mediterranean, but at the same time it will become a growth lever. In its full operation, Hellinikon will create more than 80,000 jobs, 10,000 jobs will be created only during the construction phase.
“It will be a modern, ecological, environmentally friendly project, a project that will mark the beginning of a new era for Greece as we all envision it,” Mitsotakis underlined, noting that it could take 10 years for the development to be completed.
After his brief speech on site, bulldozers began pulling down one of the more than 200 abandoned buildings.

The development of the 620-hectare (1,500-acre) Hellinikon site was a key element of the privatization drive that was part of Greece´s international bailouts.
The revamping of the airport has been mired in delays and tied up in court cases for nearly two decades, with critics of the project citing environmental and heritage concerns. Ancient cemeteries and a prehistoric settlement have been found in the area. In 2018, the Supreme Court approved the project.