Twenty-nine-year-old police officer Shay Mikalonis was shot in the head on the Las Vegas Strip on Monday night and is currently in an intensive care unit fighting for his life.

UPDATE: The officer underwent a successful surgery and is showing signs of improvement

Reports say that demonstrators at a George Floyd protest began hurling rocks and bottles at police officers stationed in front of a Las Vegas Strip property.

As officers tried to make arrests, a gunman standing across the street fired a single gunshot, striking and critically injuring Mikalonis.

His alleged shooter, 20-year-old Edgar Samaniego, has been jailed on multiple counts, including attempted murder. 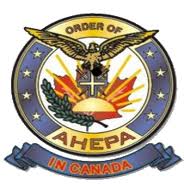