As Floyd’s Death Deemed Homicide Protests Continue Across the US

Protests erupted for a seventh day across the US over the death of George Floyd, an unarmed black man, at the hands of a police officer in Minneapolis, Minnesota.

The officer, Derek Chauvin, has been charged with third-degree murder and will appear in court next week. The three other police officers, who looked on during the entire incident, have been fired.

Dozens of major cities have imposed overnight curfews. Washington DC has extended its curfew for another two nights. New York City is under lockdown until 05:00 (09:00 GMT) on Tuesday with a new curfew starting again at 20:00 through Wednesday 05:00.

In New York, police closed Times Square on Monday evening as youths gathered to protest Floyd’s death. Demonstrators were still heard, however, shouting “Black Lives Matter.” At least two people were arrested for passing the barricades as seen during Greek Reporter’s live coverage from the scene.

As George Floyd's death was officially deemed a homicide today, protests errupt again in New York City and across the US. Here, two protesters are getting arrested in Times Square for crossing the barricaded square. We also interview protesters who share their feelings and frustration on camera.

A black demonstrator who gave his name as “Middy” told Greek Reporter that blacks in NYC “feel separated from the whole world. Things are taken from us and given to other people,” he said. 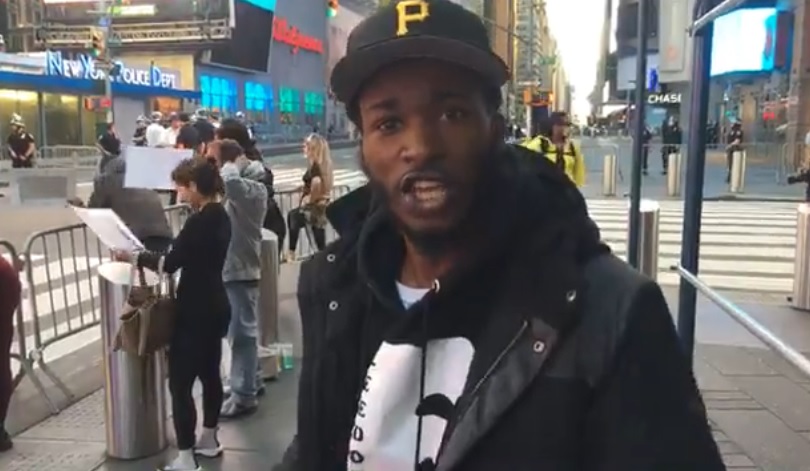 “It’s not the white people. It’s the system (that marginalizes us). I felt oppression and police brutality throughout my life…I’ve been in and out of prison since I was 12 years old for things that a white person may not even have been arrested (sic),” Middy added.

“If someone kills anybody in the US he will get a 25-year sentence. But if he kills a black person he would walk free,” Middy claimed.

“It’s just us. Who is going to fight for our rights?” a 29-year-old demonstrator, born and raised in Jamaica, Queens, NY said. “We didn’t board the ships to come (to America). They brought us here. They stole us and now they hate us for being here. They love us and they hate us. And they don’t know why they hate us. That makes no sense.” 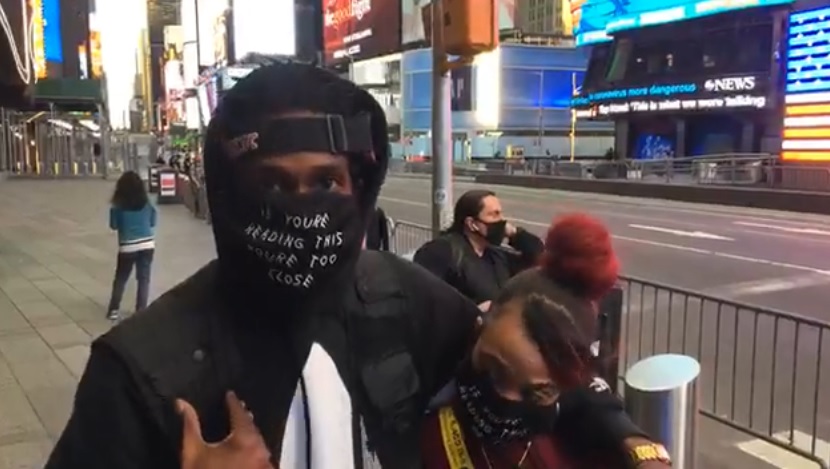 “They don’t care about us. They only respect violence. They do not respect anything else but violence,” the angry New Yorker told Greek Reporter.

His girlfriend expressed her anguish by saying: “We are mothers, wives, sons and daughters. We do not understand why they hate us. Only our color is different.”

She is pessimistic about the future. “Nothing is going to change… You can see how they are treating us,” she says as she points to row upon row of police officers lined up at Times Square.

Most of the protests in New York today were peaceful marches — but as night fell, there were also increasing instances of property destruction and looting.

Meanwhile, President Donald Trump has threatened to send in the military to quell the growing civil unrest in the US.

He said if cities and states failed to control the protests and “defend their residents” he would deploy the army and “quickly solve the problem for them.”

President Trump said “all Americans were rightly sickened and revolted by the brutal death of George Floyd” but said his memory must not be “drowned out by an angry mob.”

He described the scenes of looting and violence in the capital on Sunday as “a total disgrace” before pledging to bolster the city’s defenses.