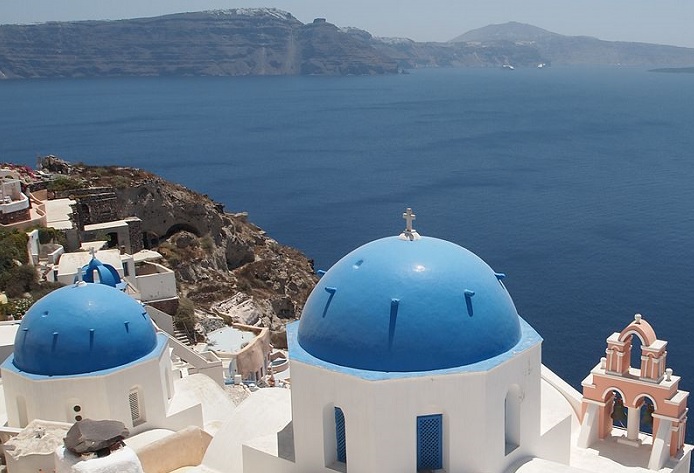 Greece’s response to the coronavirus pandemic was lauded in a report in the UK’s Financial Times on Friday.
The British paper says “Greece has so far been a rare coronavirus success story… With just over 2,744 confirmed cases and 152 deaths (159 by Friday morning), the country’s casualty toll from Covid-19 is dwarfed by that of its southern European peers.”
The paper also published a graph which depicts how the pandemic affected Greece in comparison with other major nations (although the figures given do not show infection or death rates per capita for each country, according to which Belgium fared the worst of any Western country and the US is twelfth on the list). 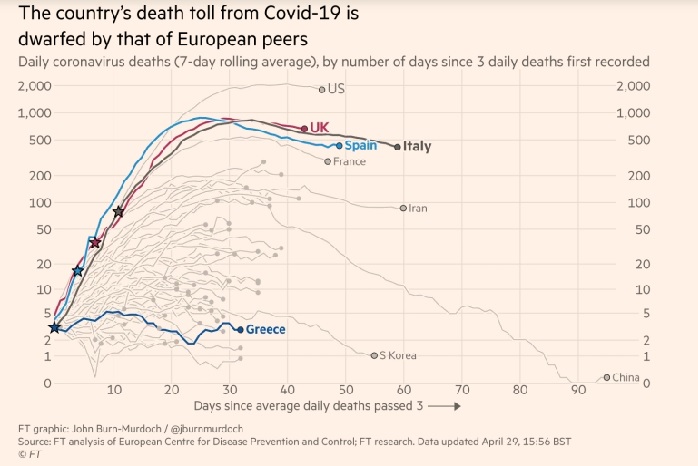 Greece took early, drastic action, going into full lockdown on March 16, 13 days after its first coronavirus case was confirmed, the Financial Times notes.
But the country is still at risk of a financial hit, especially as European Union officials this week put a damper on hopes of carefree summer holidays as usual on the continent, it says.
Even if the tourist season got fully under way by July, the country’s gross domestic product would still fall about four percent this year, according to Yannis Stournaras, the governor of Greece’s central bank. If this crucial sector collapsed, GDP could drop by as much as eight percent, he said.
With the sector’s indirect contribution to output of more than 20 percent and employment of one-quarter of the country’s entire workforce, hoteliers continue to voice their urgency about restarting tourism throughout Greece.
Greek airports are reopening to international traffic this month, but it is not clear when direct flights to the main tourist islands will resume.
Without regular flights from Germany and the United Kingdom, the main markets for the islands, Greece could see a 70 percent drop in the number of arrivals this year, several hoteliers said, according to the Financial Times.