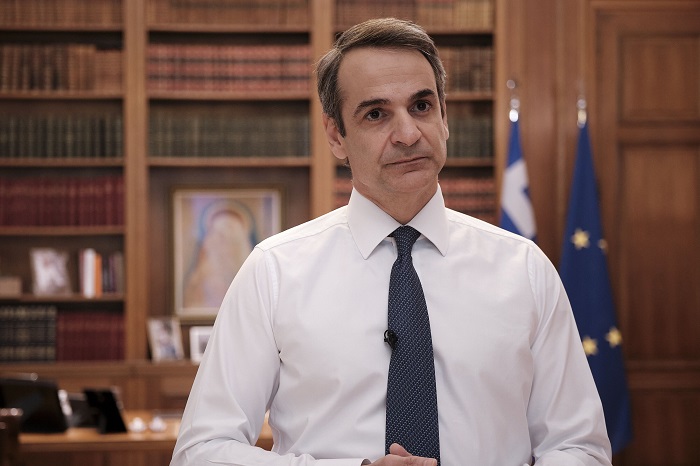 Greek Prime Minister Kyriakos Mitsotakis announced on Tuesday the gradual relaxation of quarantine measures, which will begin this coming Monday, May 4.
In a televised address, Mitsotakis thanked the Greek people who had to endure almost two months of lockdown and quarantine and said that the second phase of the battle against the coronavirus will begin next Monday with the gradual relaxation of the restrictive measures.
“We are ready to proceed to the second phase of our plan: the gradual easing of restrictions,” Mitsotakis said, while  urging Greeks to remain vigilant. The “stay at home” appeal is now being replaced with the phrase “stay safe”, he added.
He said in addition that the government would be reviewing the rolled-back measures every 24 hours for possible outbreaks of the virus.
So far, Greece has registered 2,534 COVID-19 infections and 136 fatalities, faring far better than almost all other EU countries.
The Greek Premier announced that starting on May 4, citizens are free to travel within the prefecture of their residence without informing the government of their movements by holding handwritten permits or sending an sms — as was the case until now.
PM Mitsotakis also signaled the opening of small retail stores, including hairdressers, beauty salons, bookstores and churches, but only for individual prayer for now.
Personal exercise will be allowed at open areas and beaches, except for organized beaches, which will remain closed.
Starting on May 11, students of the 3rd Lyceum grade will return to classes. Other Lyceum and High School classes will open on May 18.
On May 17, churches will open to the public, but the faithful will be allowed to attend religious services only under strict rules agreed with the Holy Synod of the Greek Orthodox Church.
On May 18 all traffic restrictions within the country will be lifted, that is, movement from one prefecture and away from the area of residence.
On June 1 shopping malls and department stores throughout Greece will open. Also cafes, bars, restaurants will be allowed to have customers in their outdoor spaces.
Hotels which usually have 12-month operation will also open on that same day. Primary schools — and possibly also kindergartens and daycare centers —  may also open.
In the beginning of June entertainment and sports venues (cinemas, theaters, entertainment centers, gyms, etc.) will open, and domestic flights will be restored.
The rest of the economy will return to normalcy within the month of June, Mitsotakis said, while all summer festivals, sports events and concerts are likely to be cancelled, or take place without spectators. 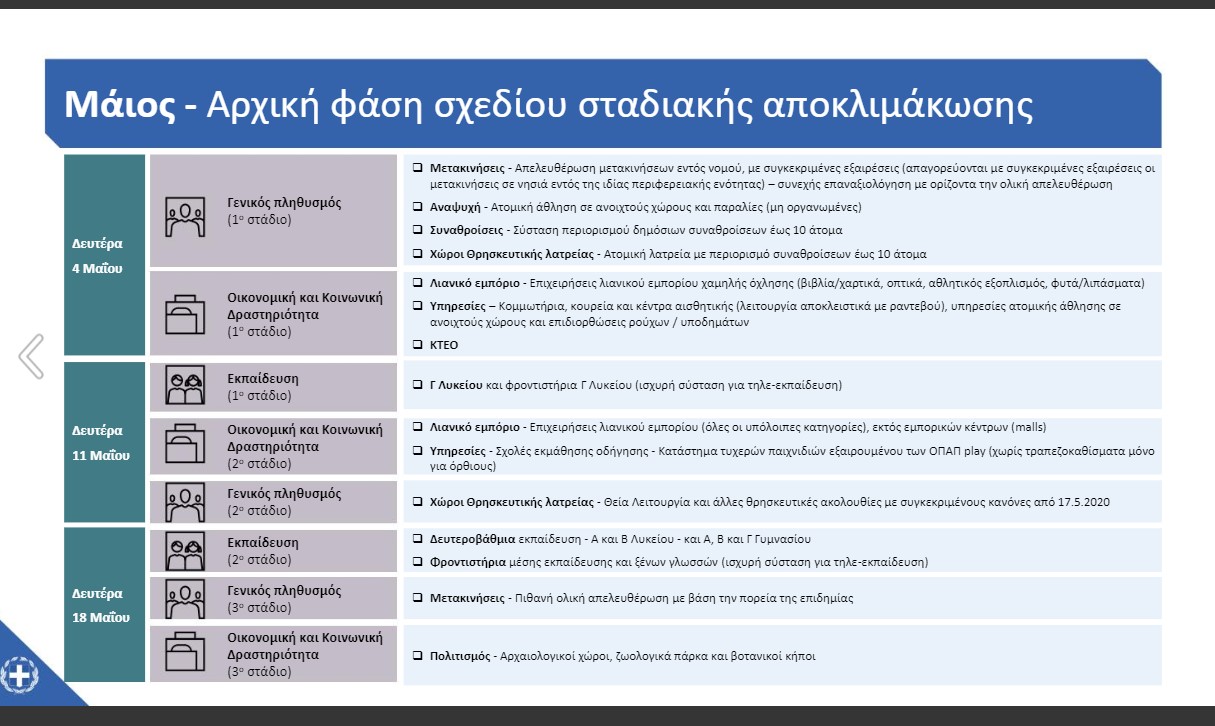