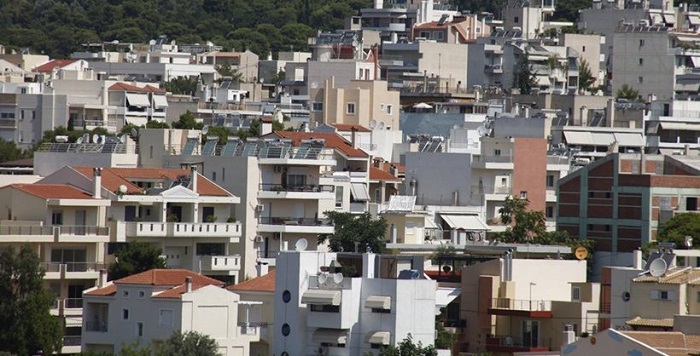 Chinese investors’ demand for Greek real estate continues to be strong and has actually peaked during the coronavirus crisis, as Greece is considered to be safer than other countries in this regard due to its low infection rate.
A study of overall enquiries on behalf of Chinese investors for real estate in other countries soared due to the Covid-19 pandemic, according to Juwai IQI, a holding company comprised of two Asian real estate super-brands.
Specifically, Chinese buyers’ enquiries in Greece in the first quarter of this year increased by 109 percent compared to the first quarter of 2019, the largest increase among the five countries where Chinese investors showed an increased demand.
The first quarter increase in enquiries was 75 percent in Germany, while there was a rise of 48 percent in the United States, ten percent in the United Kingdom, and seven percent in the Philippines.
This exceptionally strong demand for Greek property was at its peak in the month of February, when much of China was in a complete quarantine lockdown, the Juwai IQI report says.
Considering that demand for real estate in Greece dropped in 2019, the first quarter of 2020 recorded the highest levels of Chinese buyer enquiries since 2018, which was a peak year for purchase of Greek real estate by Chinese investors.
The report says that Greece ranks 12th in preference for real estate investment by Chinese companies. Its popularity is due to rapid price growth and strong market performance, strong political ties between Athens and Beijing and large-scale Chinese corporate investment and government-directed investment in Greece.
It is also thought to be due to the very affordable Golden Visa program, which promises not only Europe-wide, visa-free travel but also residency for Chinese nationals who invest €250,000 or more in Greece.
“According to statistics from the Greek Ministry of Migration and Asylum, some 86 percent of Golden Visas issued to main applicants during 2019 went to Chinese investors, up from just 40-odd percent only two years ago,” says Christian Henrik Nesheim, the editor of Investment Migration Insider, in his report.
Regarding the impact of the pandemic, Nesheim explains that since the relevant agencies in China were shut down for some time, Chinese buyers could not acquire the documentation required to buy property in Greece, but the demand was still strong.
“What we can say with certainty is that right up until the eve of the original Chinese outbreak, Chinese demand for Greek investment visas was extremely strong. And that’s the reason Greece’s Q1 figures for Chinese applicants are not worse than they are,” Nesheim says.
The Juwai IQI report says that the way Greece handled the coronavirus pandemic is admirable and as a result Greece may become an even more attractive market.
“If the country maintains this success, it could win Chinese buyer market share from countries such as the US and UK, which have traditionally attracted more Chinese investment, but which already appear to have bungled their responses to the pandemic.”