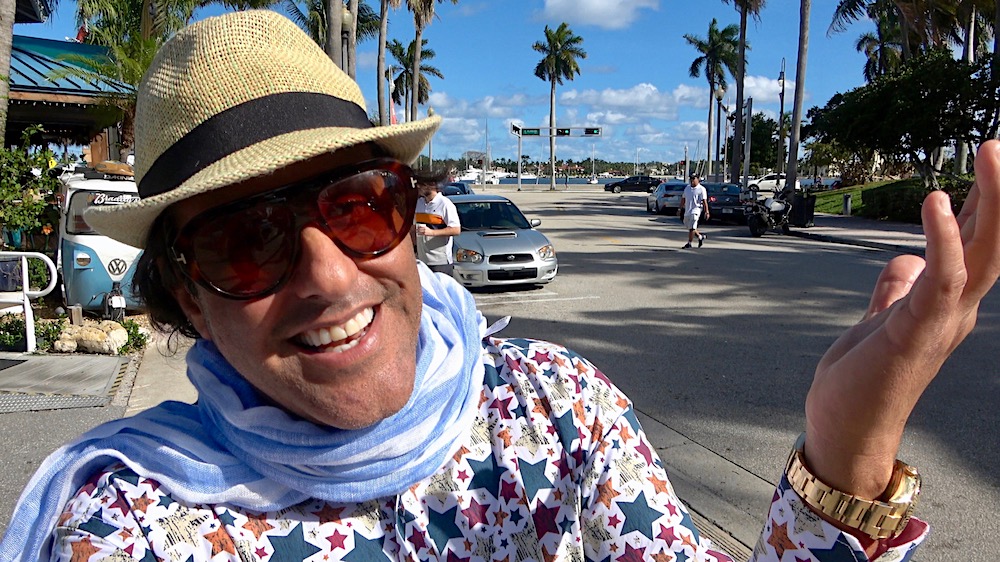 Greek-American Philip Nicozisis, a prominent Palm Beach entrepreneur and author, is a devoted Republican, an admirer of President Trump and also a vegan.

To many this may sound an odd combination, but Nicozisis tells Greek Reporter that  republican values are fundamentally aligned with a plant-based diet.

“A plant-based diet is in profound alignment with Republican principles because it includes taking responsibility for our health. From a public policy standpoint I like the idea of maybe saving up to two trillion dollars a year on health care.”

He notes that the media and the adverting industry are pushing people to eat protein. This, he claims, has made heart disease the number one cause of death in the developed world.

“Most causes of death are form eating animals. Nobody has been to a hospital because of protein deficiency.”

“Vegan is the natural state of human beings. Athletes are switching to plant-based diet and they are thriving because our bodies are not meant to run on meat and dairy products,” Nicozisis says.

He truly believes that President Trump is going to eventually become vegan as well. “He likes the psychical aesthetic, he has a beautiful wife, he loves beautiful people. When he realizes that he can be a beautiful person psychically by going to plants and does it, he will feel better, he will think better. I think that would be great!”

“It would also bring even more media attention to him,” he adds.

Nicozisis, the chairman of Nico Properties Group, a successful commercial real estate investment company, has been a vegan for the last ten years.

As he was preparing a vegan mageritsa, a Greek soup associated with the Easter tradition of the Greek Orthodox Church, but without the traditional basic ingredient of lamb offal, Nicozisis says it is ironic that we celebrate Easter by eating animals.

“How can we celebrate the Resurrection by slaughtering animals?” he wonders. “I am an Orthodox Christian and I believe that we should not celebrate Easter with death. We should celebrate it with life.”

Nicozisis’ parents have deep roots in northern Greece. His father comes from Epirus while his mother’s family originates from Kastoria. He admits that before he turned vegan he consumed the full gamut of animal-based foods. “I grew up with meat, dairy products and eggs. I was just following orders,” he explains.

Being Greek and vegan are not contradictory, he says. Quite the opposite: Classical Greeks were mostly vegans, and ancient philosophers like Hippocrates, Pythagoras, Socrates and Plato knew “that a vegan diet was right way for a good mind, healthy body, and a peaceful society.”

When asked how his Greek family reacted to his choice to become a vegan, Nicozisis told the Greek Reporter that they were not only supportive, but that his parents have also become vegan.

Nicozisis is also a profound writer. His recent book “Have Laptop Will Travel,” became a best seller in seven countries.

His wonderful and witty tale of travels to the less-explored areas of our beautiful world has been successful because, as he said “it strikes a chord in the aspirations of people. People love to travel.”

He traveled from Japan and Thailand to Peru and Argentina, documenting different and often contrasting lifestyles and cultures.

His book takes the reader around the world with vivid descriptions of the cities that he lived in, which has been described as “Twelve books in one”.

Living in twelve cities around the world one month at a time was a cinch when it came to his vegan diet. He used the “Happy Cow” app, which is like Yelp for vegans, to find plant-based restaurants and grocery stores. “A plant-based way of eating is quite easy around the world,” Nicozisis said.