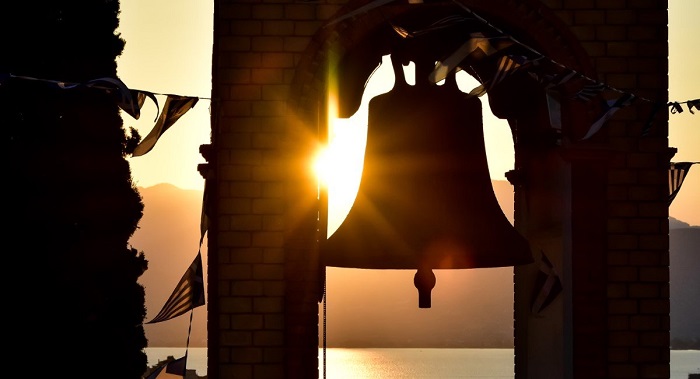 Greece will celebrate Easter on Sunday, the most important religious holiday of the Orthodox Church, behind closed doors this year after the authorities strictly forbade the traditional spirited celebrations involving mass church attendance, firecrackers and large family gatherings.
Authorities are also desperate to avoid the traditional mass exodus of city dwellers, when hundreds of thousands of Greeks traditionally flock to churches and to their ancestral homes to celebrate Christ’s resurrection, in order to prevent the spread of the coronavirus.
As of Friday, officials reported 2,207 total coronavirus cases and the death toll stands at 105, evincing one of the lowest infection rates in Europe.
But compliance with the draconian coronavirus measures will be tested as never before over the long Easter weekend. The government has doubled fines and included removal of license plates for anyone who travels without reason for Greek Orthodox Easter, Civil Protection Deputy Minister for Crisis Management Nikos Hardalias said on Thursday.
Extra controls will be in place at toll posts and ports, and only those with a permanent residency in an area will be allowed to travel, to prevent people taking trips to visit relatives or second homes in the countryside.
“This virus doesn’t distinguish days, whether it’s a celebration or not,” said Hardalias, who spoke extensively about the great majority of Greek citizens who have faithfully observed  the lockdown restrictions, and explained the introduction of additional ones, designed particularly for Easter.
The Deputy Minister said “One in ten Greeks has said directly or explicitly that they will not follow directions. They do not want to change their habits for one day, as if nothing is going on.”
The stricter controls will go into effect at 21:00 on Holy Saturday (April 18) and last until midnight on Easter Monday, throughout Greece; violators will incur a fine of 300 euros, a doubling of the current amount of 150 euros, and their license plates will be removed temporarily.
The only exception to this restriction on movement is for people assisting others, but travel is still limited to a driver and one passenger. For any violation of this rule, fines are 300 euros for the driver, 150 euros for every passenger, and removal of car plates temporarily.
“We cannot have the effort undertaken by the vast majority of the Greek people be undermined by a few,” Hardalias said, especially when it comes to endangering older people’s health.
The Church of Greece and its ruling body, the Holy Synod, is backing the government decision, announcing this week that churches will be closed to the public with services held inside only by clerics. Livestreaming of liturgies will occur from a great many churches and monasteries during this Holy Week.
“Under the present circumstances, the Holy Synod does not urge any worshipper to come to church. Churches are not open to the faithful and that is the point of holding holy services behind closed doors,” said Church of Greece Spokesman, Metropolitan Ierotheos,  this week.