GRNews
GreekReporter.comEnvironmentAnimalsThousands of Swallows and Other Birds Die in Greece After Migration

Thousands of Swallows and Other Birds Die in Greece After Migration 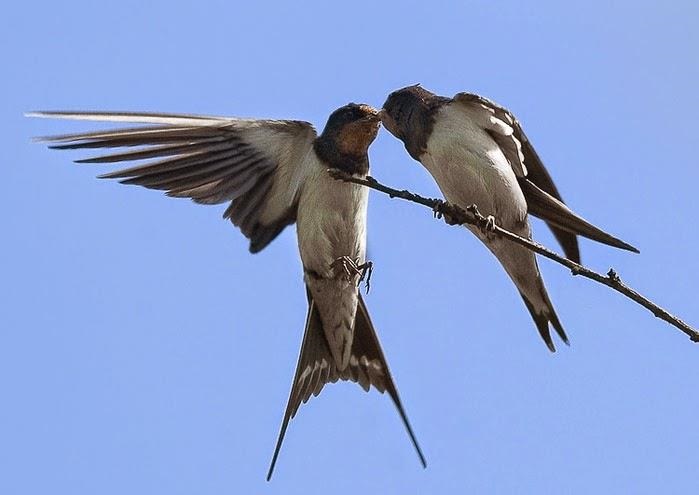 Wildlife groups in Greece say that thousands of swallows and other migratory birds have died in Greece in the last few weeks, unable to recover from the exhausting journey from Africa, made even worse this year due to the chilly weather conditions.
Scientists say that persistent strong northerly winds over the Mediterranean and the Aegean have exhausted the birds, who have been spotted in their thousands walking on streets instead of flying as they try to recover.
Photographs posted on social media show great numbers of birds lying dead in different parts of the country.
“Birds, and swallows in particular, started their migratory journey from Africa in early March, but due to the difficult weather conditions, many bird populations arrived in Greece exhausted,” says Dimitris Bakaloudis, Associate Professor in the Department of Forestry and Natural Environment at Thessaloniki University.
Swallows are the most popular birds in Greece. Their arrival every year from warmer climates marks the beginning of Spring.
“These birds,” Bakaloudis says, “fly up to 350 kilometers (217 miles) a day, with anticyclones favoring them on their journey as they lift them higher up in the sky.”
“They spent the winter months in southern Sahara and as far as South Africa and start migrating in waves from early March on a route of more than 10,000 kilometers (6,213 miles),” he added.
Mykonoslive.tv captured this year’s arrival of the swallows on the cosmopolitan Greek island.