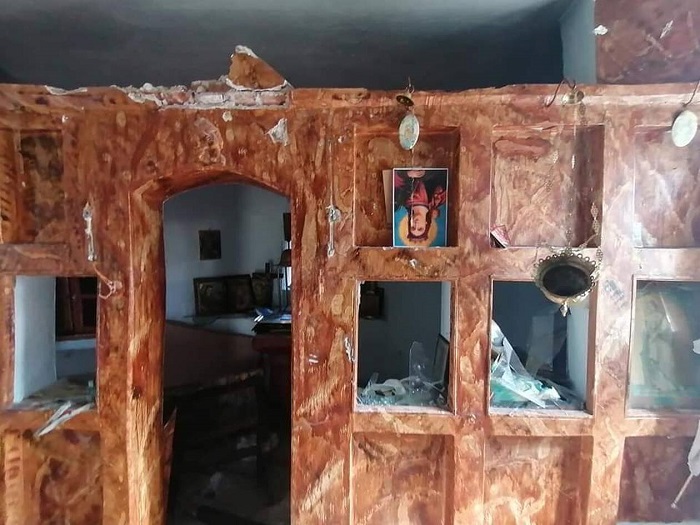 The small church of Hagios Georgios (Saint George) near the village of Moria on Lesvos was vandalized by unknown assailants on Monday.
Some local people are blaming a group of migrants who live at the nearby camp for the act. They claim that when police prevented a march by hundreds of migrants demanding to be transferred to Athens, a group of around twenty of them went to the church and took their revenge by destroying the nave and the altar. 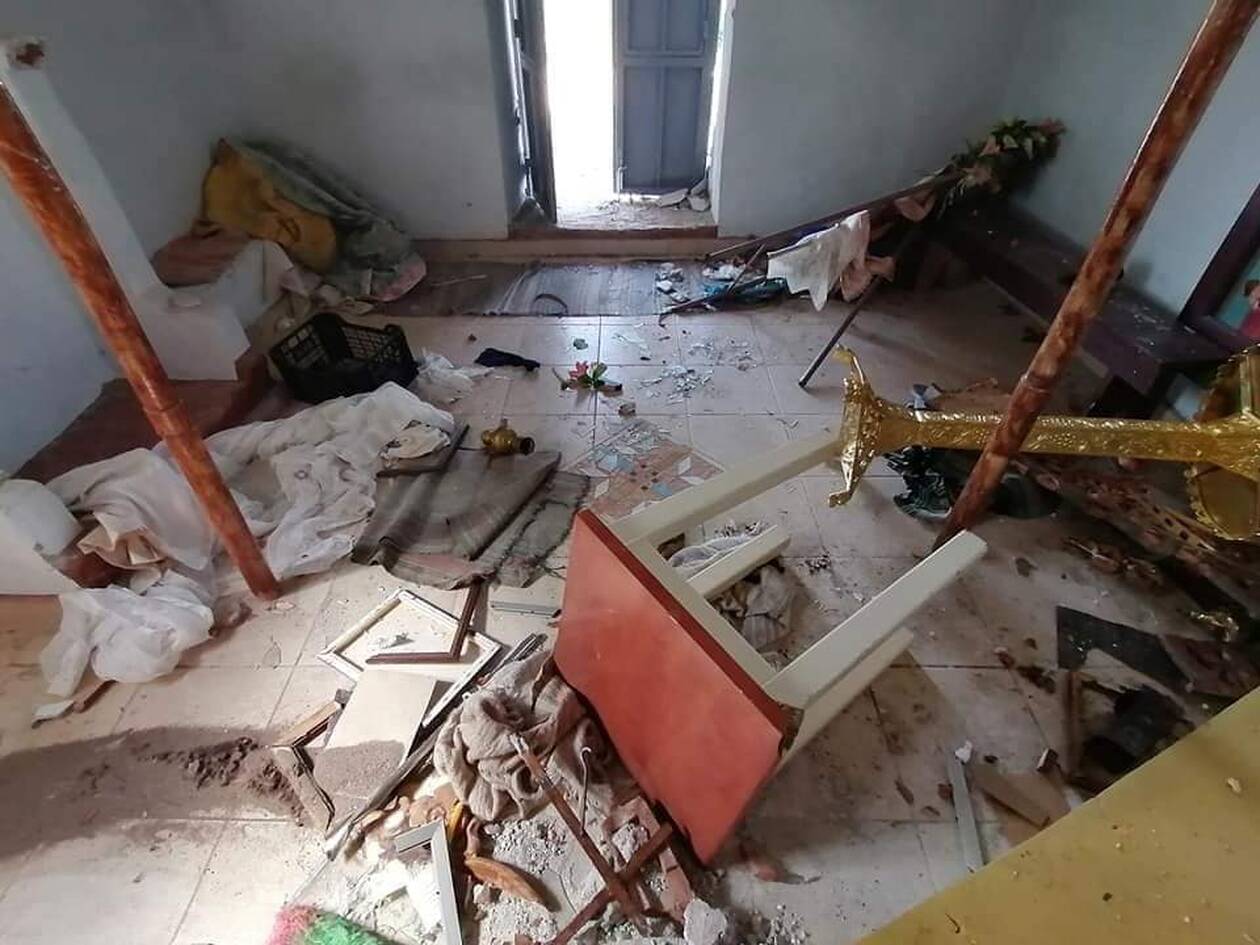 Images also show that the assailants destroyed icons and furniture. Hagios Georgios has been vandalized several times in the recent past, local residents say. There have been no arrests for the latest attack. 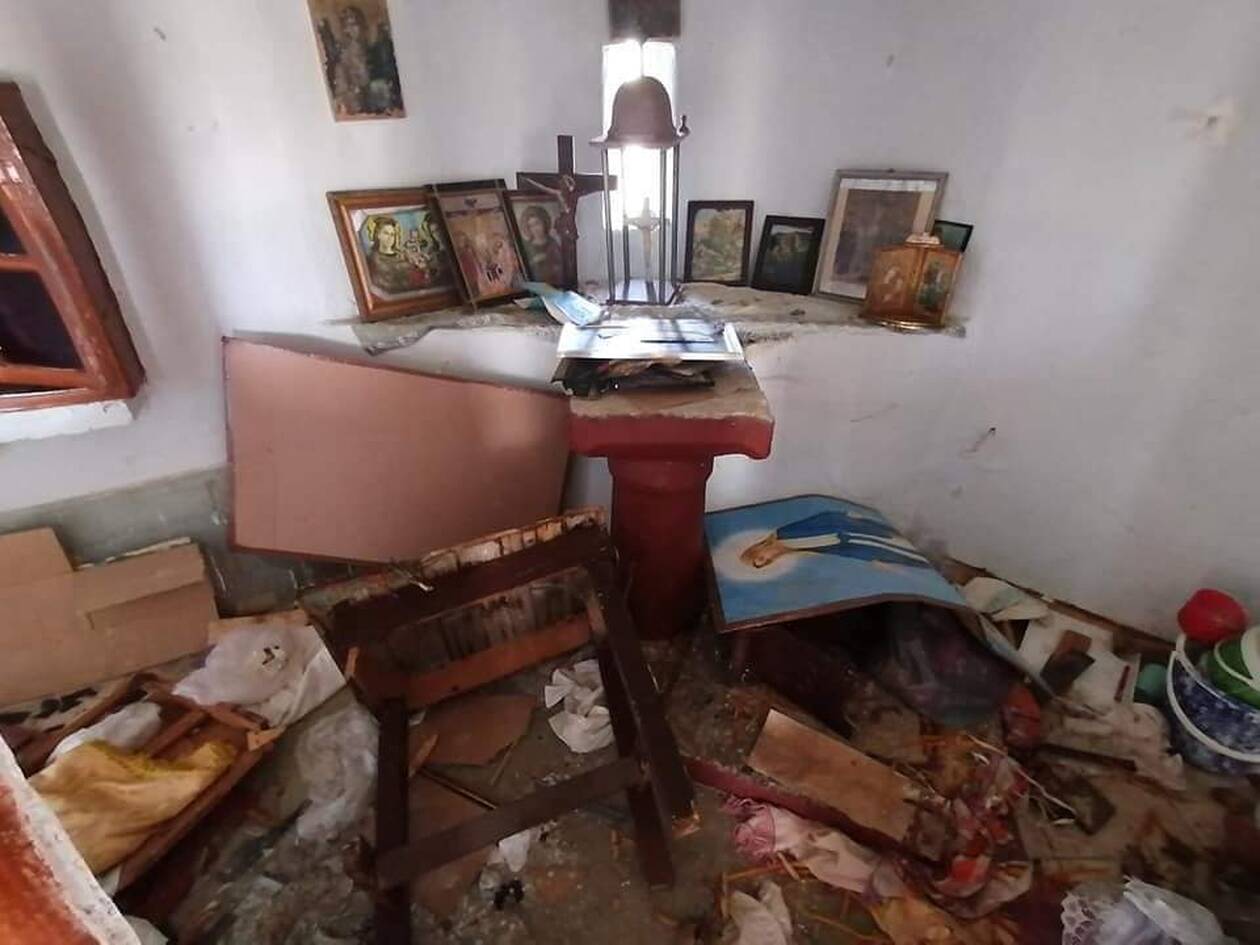 The situation on Lesvos remains tense as groups of migrants, angry with the appalling living conditions in the overcrowded Moria camp, are clashing with police almost on a daily basis,. 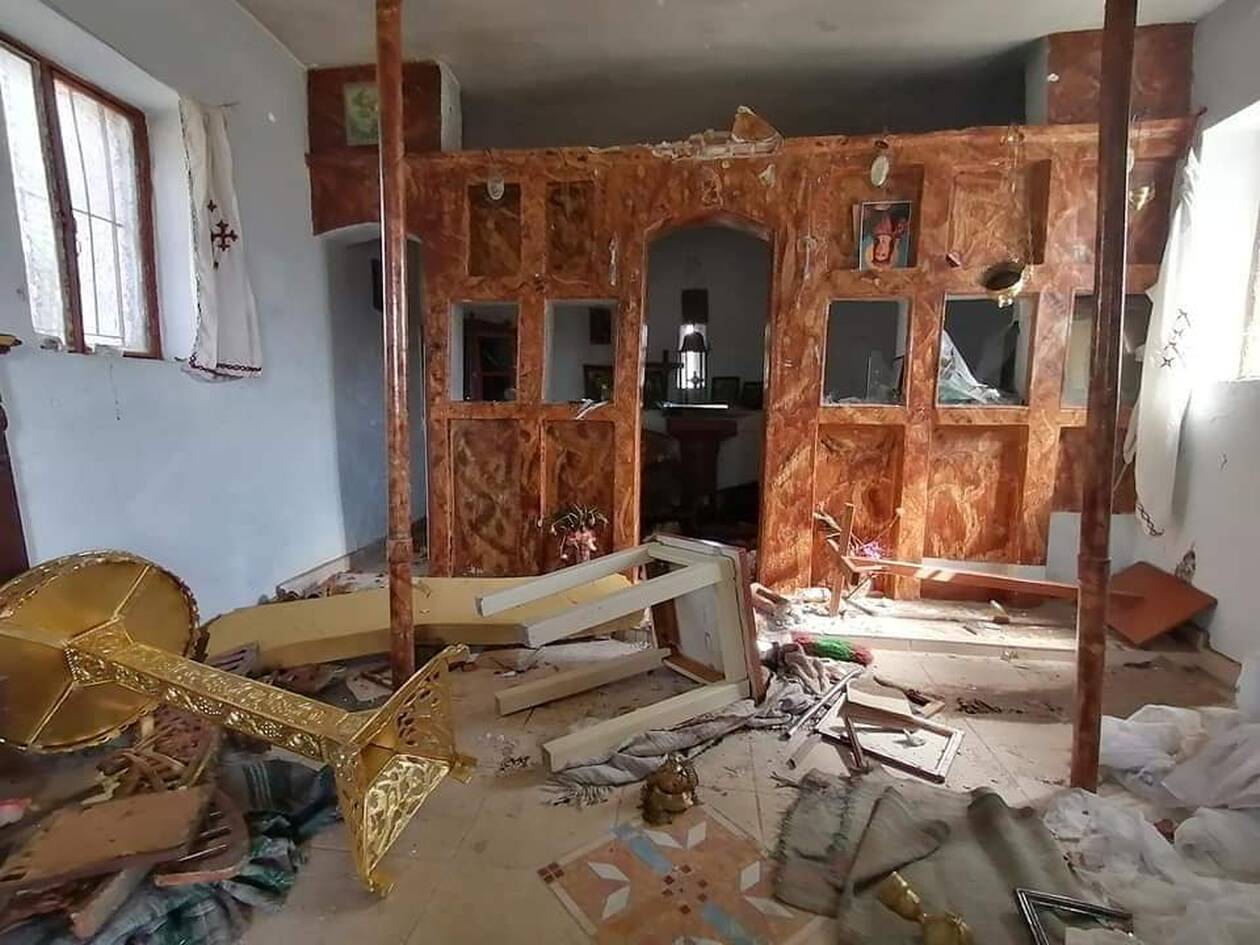 The Moria refugee camp was originally intended to hold 3,000 individuals. As recently as last June there were 5,000 people there, according to Médecins Sans Frontières (MSF), the only major international NGO that has a presence at the camp.
In the last six months Moria has grown to be a shanty town of 19,000, with 40 percent of of its population under 18.
Approximately 13,000 of those people are living in a filthy unofficial camp comprising tarpaulin tents and makeshift huts made of pallets, in an olive grove surrounding the main site.
There is no electricity, not enough water and rivers of mud and rubbish run through the tents.