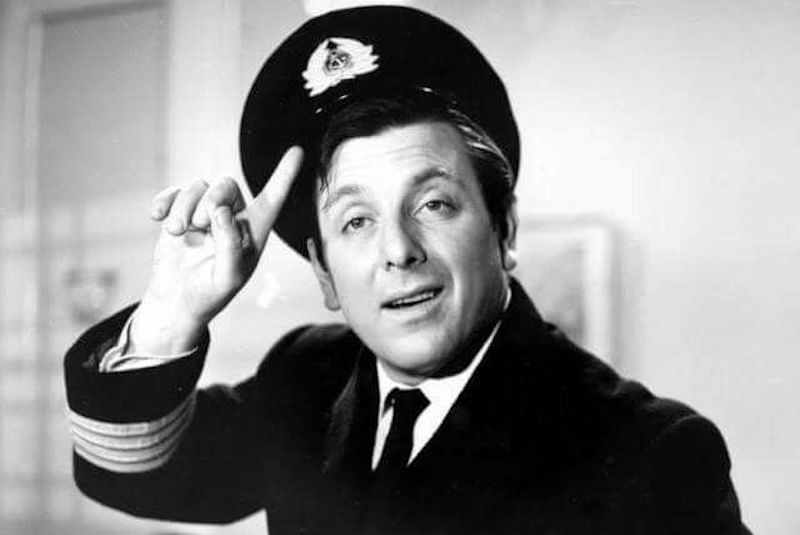 Kostas Voutsas, one of the best actors of his generation and an icon for Greek cinema and television, dies early on Wednesday. He was 88.
Voutsas was rushed to the Attikon hospital on Friday, February 7, and admitted to the Cardiology Unit with symptoms of a lung infection and heart and breathing difficulties. He died 19 days later.
His daughter, Theodora Voutsas, announcing his death posted a touching photo with her dad on the hospital bed, taken a few days before he died. She said “goodbye” to her father, a man who has been generously spread laughter and joy to Greek audiences for decades with three words: “Love • Deep • Great.”

In a recent video shot at his birthday on January 31, 2019, Voutsas thanks his fans for sending birthday wishes and notes with humor: “I am closing in on 90, but I assure you I will be around until I am 110!”

“Kostas Voutsas embarked on the great journey, along with the laughter and joy he generously shared with so many generations of Greeks. His optimism and pure-hearted smile will always accompany us. Warm condolences to his family,” Prime Minister Kyriakos Mitsotakis posted on Twitter.
In a message on Twitter, Health Minister Vassilis Kikilias expressed his grief over the death of the popular actor, describing him as an “eternal teenager who spread laughter and love until the end.”
“He will always live in our hearts through his unforgettable performances that left a mark on Greek cinema,” he said.
Aris Papargyropoulos, who starred alongside Voutsas at one of his famous movies “Roda, tsanta kai kopana” told Greek Reporter: “I was fortunate enough to have worked with Voutsas on my very first film. Despite him being this legendary actor, it felt as if he was our friend. His energy was that of a young man’s and he would always make everyone around him laugh. Really humble person. By the time I had a scene with him, I had zero stress or anxiety left, cause he had this way of making the actors, new or experienced, feel really comfortable sharing the screen with him. A big part of classic Greek Cinema died with him.”
Voutsas was born in Athens in 1931 and moved to Thessaloniki in 1932. He studied drama at the Drama School of the Macedonian Conservatory of Thessaloniki and made his stage and screen debut in 1953.
In 1961 his breakthrough came when the Greek film director Giannis Dalianidis gave him a leading role in his phenomenally successful youth melodrama O Katiforos.
He soon became one of the best and most popular comic actors of his generation and created personal groups, starring in many Greek comedies by top playwrights and classics like Aristophanes’ The Wasps (as Philokleon), Molière’s Le bourgeois gentilhomme (title role), etc.
He has always been more committed to being a theatrical actor. In an interview to the Athens daily newspaper To Vima, he said: “Playing in movies has helped me a lot, but I was always committed to the theatre and that was my highlight.”
His acting technique is being studied at the University of Patras. He has received many lifetime achievement awards, Thessaloniki International Film Festival and more.