If you are a visitor to London and happen to be on Euston Road, chances are a magnificent building will attract your attention. It looks like a museum or gallery with its impressive Greek columns and the caryatids on the side. Yet it is an Anglican Church.

The St Pancras New Church is a Greek Revival church in Bloomsbury/St Pancras, London. Even though its name suggests otherwise, it was built between 1819 and 1922 And was designed by William Inwood and his son Henry William Inwood.

It is called St Pancras New Church in order to distinguish it from St Pancras Old Church, which stands a little further to the north. It should be noted that Pancras is the English version of the word Παγκράτιος ( Pangratios) meaning “the one who holds everything.”

The church is built in a Greek revival style, using the Ionic order. It is built from brick, faced with Portland stone, except for the portico and the tower above the roof, which are entirely made of stone. All the external decoration is of terracotta.

The architects were inspired by two iconic ancient Greek monuments, the Erechtheum and the Tower of the Winds, in Athens. The doorways are closely modelled on those of the Erechtheum, as is the entablature, and much of the other ornamentation. 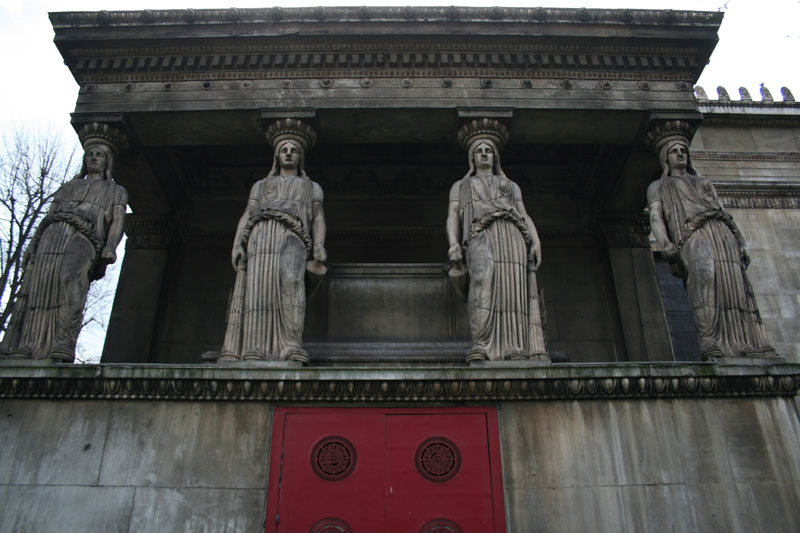 Henry William Inwood was in Athens at the time that the plans for St Pancras were accepted. He brought plaster casts of details of the Erechtheum, and some excavated fragments, back to England.

The impressive caryatids are the work of John Charles Felix Rossi and they are made of terracotta, built up in sections around cast iron columns. The inspiration for the design of the church is the Ionic Temple of the Erechtheum on the Acropolis.

The St Pancras New Church is the most expensive church to be built in London since the rebuilding of St Paul’s Cathedral. It was designed to seat 2,500 people.

The first stone was laid by the Duke of York at a ceremony on July 1, 1819. It was carved with a Greek inscription, saying “May the light of the blessed Gospel thus ever illuminate the dark temples of the Heathen”.

The church still serves as a place of worship and Reverend Anne Stevens is the current Vicar. In recent years, the church has also become available as a 450 capacity music venue and art gallery, hosting live music performances and art exhibitions. 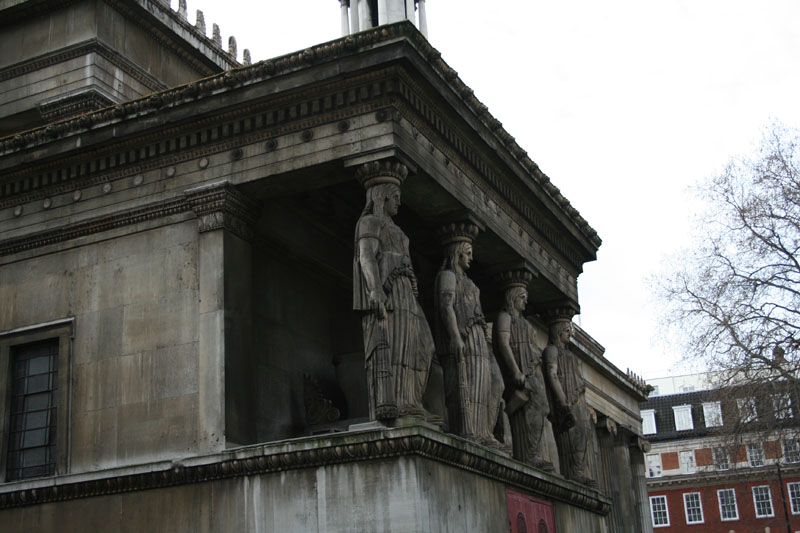