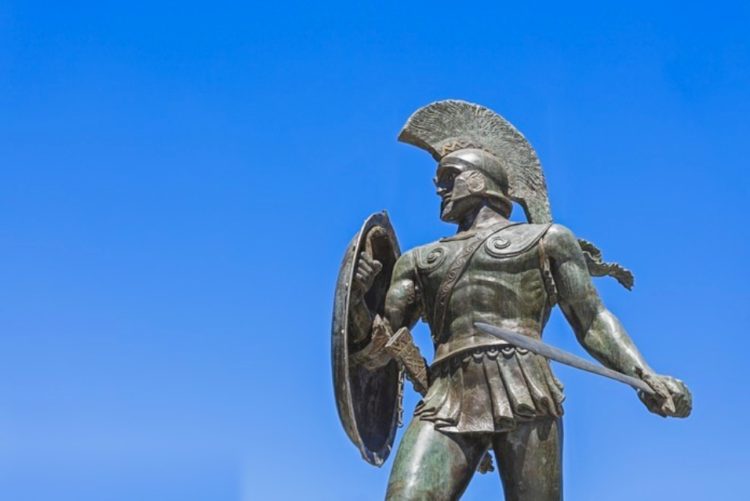 The University of Connecticut will soon go ahead with its ambitious plans to open a new museum on its campus which will be dedicated to the ancient Greek city-state of Sparta.

This news was made public after a meeting held recently between Ilias Tomazos, the head of the University’s department of Greek studies, and Greece’s Culture Minister Lina Mendoni.

Tomazos also serves as the head of the the “Paideia” Center for Hellenic Studies in Connecticut.

The new museum will focus its interest on artifacts and events dating from the prehistoric era of the broader Laconia region all the way to Byzantine times.

The museum is expected to be established in the area of the campus where an Orthodox Christian chapel and a Greek theater are already located, along with a library and an educational center.

Additionally, a new statue of Spartan leader Leonidas, as well as a sculpture depicting the battle of Thermopylae, will be placed there in the future.

The majority of the expenses for the construction of this project will be covered through donations.

The Greek Culture Ministry, which declared its intention to assist with the Sparta project,  has also pledged to offer materials that will be used in its creation.