Greek Climate Activist Spreads Message by Cycling Around the World 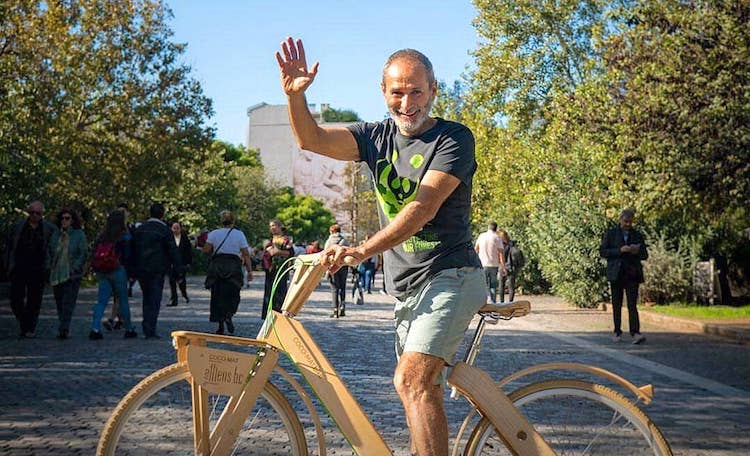 A Greek activist is launching a campaign to raise awareness about climate change by cycling a total of 7,500 km (4,660 miles), a minimum of nine hours a day, taking in eight countries, and then scaling Mount Everest, the world’s highest peak.
61-year-old Paul Efmorfidis is a proud ambassador for the World Wildlife Fund’s (WWF) “Move for Nature” campaign.
“The majority of countries around the world are beginning to understand the huge issues we are experiencing with our climate and implementing positive initiatives, but if everyone did that little bit more, it would make a huge difference,” he tells Greek Reporter from Yerevan, the capital of Armenia. 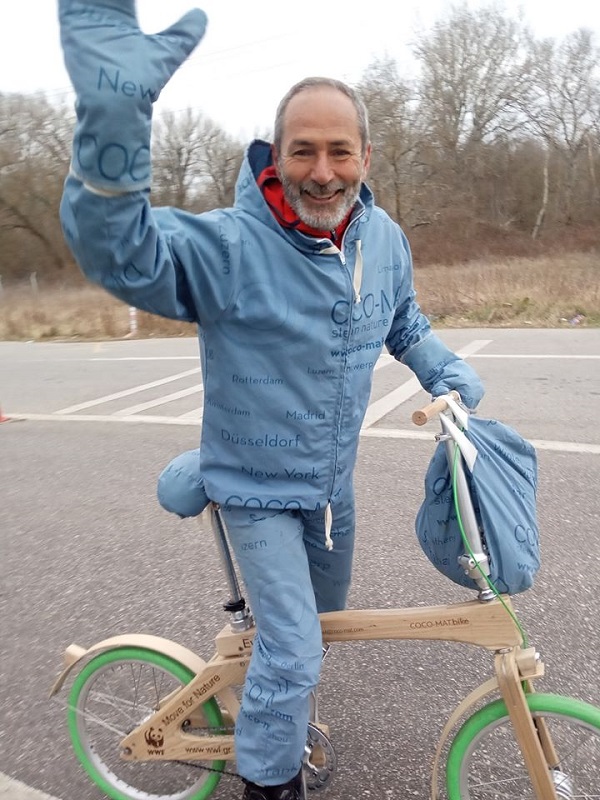 Efmorfidis hopes later to meet the Environment Minister of the country to discuss a tree planting initiative with him.
The Greek activist is a proud champion for sustainable products, even undertaking the grueling journey on a wooden bicycle which is produced by his company, “Coco-Mat.”
“The weather has been the most challenging aspect of the journey so far but the bicycle is working perfectly. For every tree we use to produce the bike we plant another one; sustainability is at the core of everything we do,” Efmorfidis states.
To that end, he proudly displays a toothbrush, currently being tested by Coco-Mat, which doesn’t require toothpaste and will last one year. 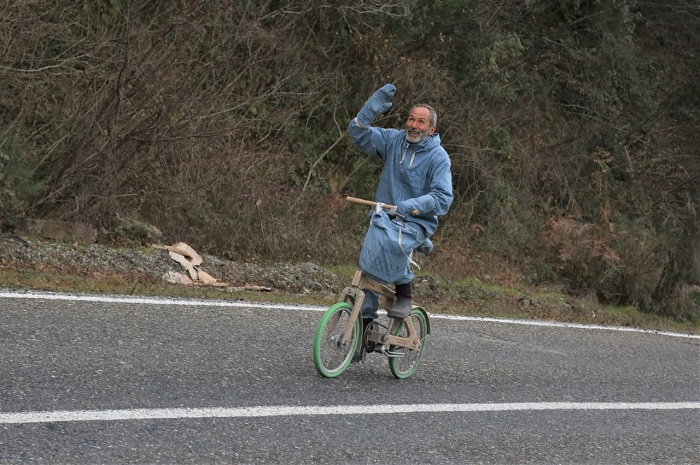 In addition to this amazing journey and running his environmentally-conscious company with locations across the globe, he is also founding a university which focuses on teaching the importance of sustainability.
“Future generations should be happier, healthier and wealthier; we have an obligation to ensure this happens. I have offered two scholarships in each country I have passed through: Turkey, Georgia and Armenia and will do the same in each country I will visit. Education is essential,” Efmorfidis avers.
“I am proud to have Spartan heritage and this has an effect on my outlook in life. I live my life with a simple principle: sweat more! Walk instead of taking a car, climb the stairs instead of using the elevator. These small changes will have a big impact on the way the world works, but only if we pull together,” he tells Greek Reporter. 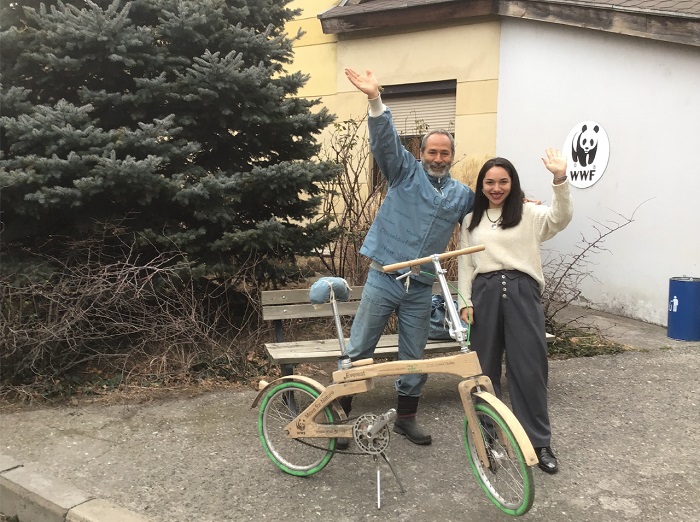 It is this mission of implementing change and his passion for preserving nature which drew him to the WWF, where he is proud to serve as one of their Ambassadors.
“The world is having a party right now. Human beings love to party, but rarely do we think about the morning after. Everything is electric, even scooters. Leaders should be educating and ensuring future generations are in a better position than we are now,” he cautions.
The sustainability activist tells amazing stories about his journey, including being chased by wild dogs, and struggling to find food on a lonely stretch of road between Thessaloniki and Kavala — only to find bread in the middle of the highway, which he saw as a sign from above.
The stories are fascinating, but what really brings a smile to his face are the memories of people he has met along the way.
“Everyone I have met has been so friendly and welcoming, from the kind gentleman in Turkey who invited me for tea, and upon hearing my story summoned the biggest national TV station in Turkey for an interview, to the people that contacted the mayor of Ordu and arranged a meeting. I cannot thank people enough for the warmth I have experienced,” Efmorfidis tells Greek Reporter.
The activist says he is mulling entering the political world in order to spread his message of sustainability to the Greek people.
“Society has given me such a wonderful life, and I want to give back. I am working towards this goal already, with initiatives like the University and this WWF campaign Move for Nature, but I want to do more. It is three years until the next Greek elections — but watch this space,” he adds.
Efmorfidis’ overall message is one of obligation, in that we have an obligation to this planet and our children to ensure that the future is secure.
If you would like to follow Efmorfidis’ inspiring journey and donate to his cause, you can do both by clicking on the link