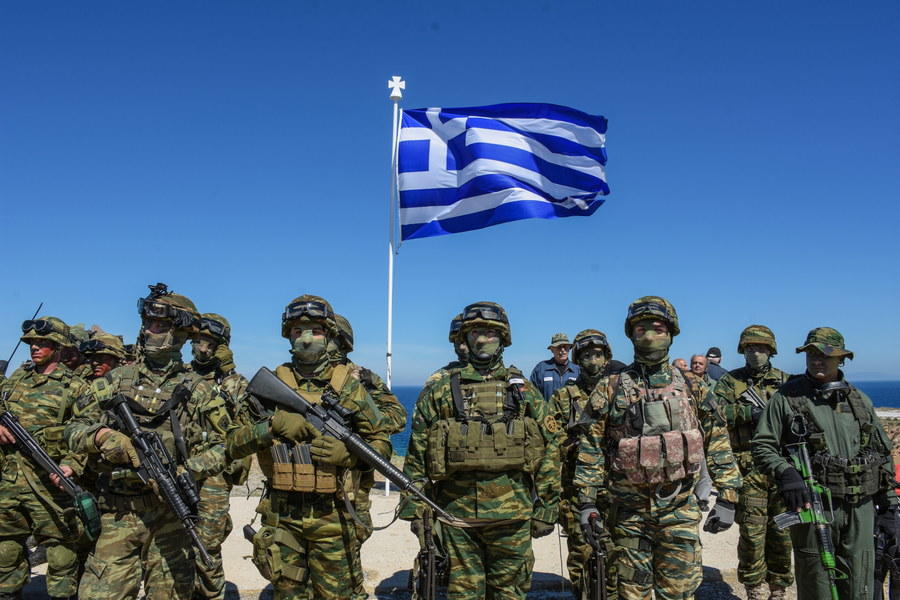 According to the 2020 Military Strength Ranking created by the website Global Firepower (GFP) the top five nations in the world in military strength are the United States, Russia, China, India and Japan.
The GFP’s Power Index score is the result of over 50 individual factors which determine a nation’s military might in conventional warfare, as it does not include the use of nuclear weapons  in its computations.
South Korea, France, the United Kingdom, Egypt and Brazil complete the list of the Top 10 nations in military might.
Greece’s neighbor Turkey, which in the past year has been aggressively flexing its military muscle in the Aegean and Eastern Mediterranean, ranks 11th in military power.
Italy, in 12th place, and Germany in 13th, follow, while the other EU countries in the Top 30 are Spain, in 20th place, and Poland, which is 21st. Surprisingly, the neutral country of Switzerland ranks above Greece, in 30th place.
Greece is in 33rd position in military firepower among the 138 nations. Bhutan, Liberia and Somalia, ranking from the bottom up, have the weakest military forces out of the 138 countries studied.
The factors used to compile the Power Index include military power, finances, geography, the number of troops in a nation’s forces, and logistics.
Specifically, the factor categories are Manpower (number of active soldiers, reserves, etc.); Equipment (aircraft fleet, tanks, submarines, etc.); Finances (defense budget, external debt, gold reserves); Logistics (ports, airports, railways, etc.); Natural Resources (oil production, oil reserves, etc.); and Geography (Coastline coverage, land area, etc.).
The formula GFP uses allows for smaller, more technologically-advanced nations to compete with larger, lesser-developed ones, while special modifiers are utilized, in the form of bonuses and penalties, which further refine the rankings on the annual list.
The GFP’s perfect Power Index score would be 0.0000, which is practically unattainable. For instance, the most powerful nation, the United States, has a Power Index of 0.0606, while Bhutan’s is 10.1681.