Reigning NBA MVP Giannis Antetokounmpo announced on Monday via a Twitter post the birth of his first child, a baby boy!

The mother of the baby is Giannis’ longtime girlfriend Mariah Danae Riddlesprigger.

Antetokounmpo will follow the Greek tradition and name his child after his father, Charles Antetokounmpo, who died in 2017.

The baby’s full official name will be Liam Charles Antetokounmpo, but his honorific nickname ‘Baby Freak’ was already bestowed on him by fans even before his birth! 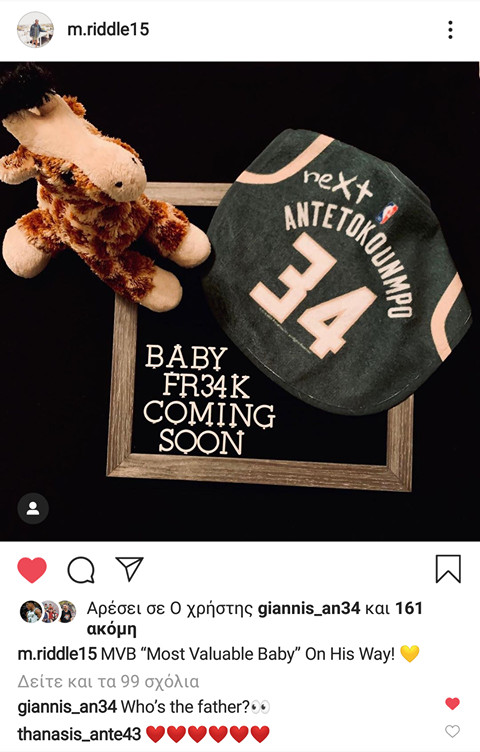