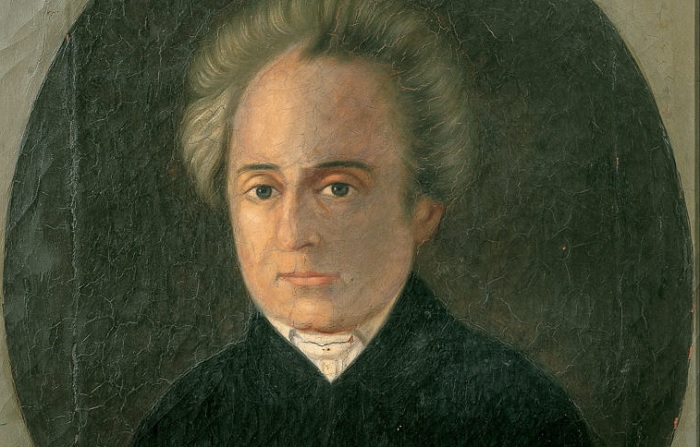 Poet Dionysios Solomos is honored every February 9 on the occasion of International Greek Language Day for writing the country’s national anthem ”Hymn to Liberty”.

His work had a monumental influence in uniting Greeks and creating a common national identity following the 1821 War of Independence and the establishment of a free state.
For this, Solomos, born on the island of Zakynthos in 1798, is rightly regarded as the Greek National Poet.

The ”Hymn to Liberty” was written in 1823 (Greek: Ὕμνος εἰς τὴν Ἐλευθερίαν, Ýmnos eis tīn Eleutherían) and consists of 158 stanzas. It was set to music by Nikolaos Mantzaros, and is the longest national anthem in the world by length of text. 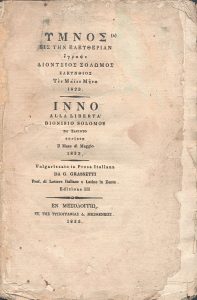 In 1865, the first three stanzas (and later the first two) officially became the national anthem of Greece and, from 1966, also that of the Republic of Cyprus.

Inspired by the Greek War of Independence, Solomos wrote the hymn to honor the struggle of Greeks for independence after centuries of Ottoman rule.

The poem recounts the misery of the Greeks under the Ottomans and their hope for freedom. He describes different events of the War, such as the execution of Patriarch Gregory V of Constantinople, the reaction of the Great Powers, extensively the Siege of Tripolitsa and the Christian character of the struggle.

First verse
I shall always recognize you
by the dreadful sword you hold,
as the Earth with searching vision
you survey with spirit bold.

Second verse
From the Greeks of old whose dying
brought to life and spirit free,
now with ancient valor rising
Let us hail you, oh Liberty!

Solomos was the central figure of the Heptanese School of poetry, and is considered the national poet of Greece — not only because he wrote the national anthem, but also because he contributed to the preservation of its earlier poetic tradition and highlighted its usefulness to modern literature. 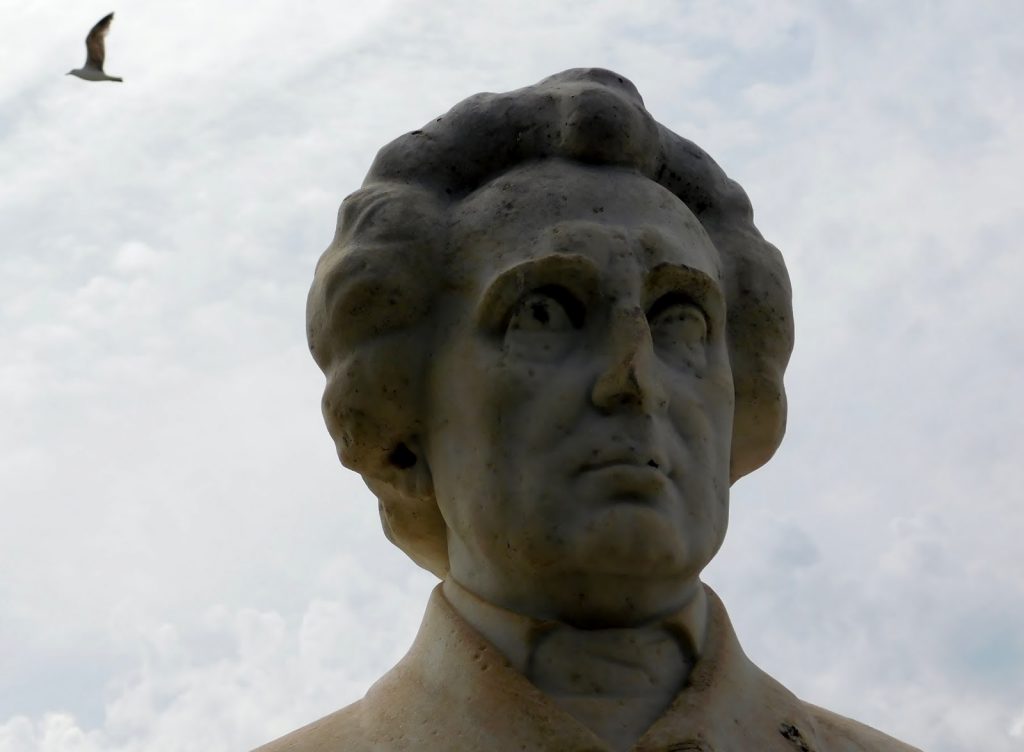 After completing The Hymn to Liberty, Solomos continued to write impressive poetry, but never fully completed another work, and very few of his works were published in his lifetime. He had moved to Corfu and also established the literary circle there.

Solomos suffered a series of strokes towards the end of his life and passed away on February 9, 1857. His remains were returned to his native Zakynthos in 1865.

The Olympics Kick Off in Tokyo with Opening Ceremony

The Greek Genocide as Recorded in US Navy Diaries