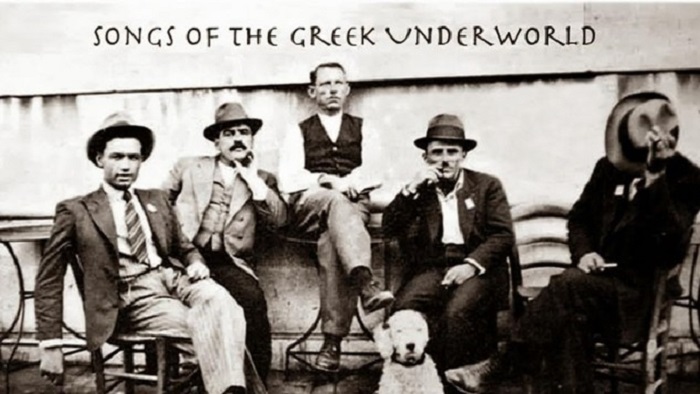 A ground-breaking new course began on January 30 at New York University (NYU) exploring the historical origins of Greek Rebetiko and American Blues — and focusing on how the two musical genres intertwine in so many different ways.

The academic course, titled “Songs of the Underdog: American Blues Meets Greek Rebetiko,” is being offered for the spring 2020 semester under the auspices of the Consulate General of Greece in New York City.

Composer and performer Pericles Kanaris, who provides instruction for the course, says that one of the things that makes his class so interesting is the fact that none of his students are of Greek descent. “The students were from different nationalities and diverse backgrounds, which makes the course very exciting.”

Speaking to Greek Reporter, Kanaris tells us that “It is a great honor for Greece — for our culture, history and identity — that a university like NYU commissioned this course to teach students who have no idea of ​​what Rebetiko is.”

“These students will eventually gain a better insight into Greek history and culture, which can can only be good for the relations of our country with the rest of the world.”

The Athens-born Kanaris earned a master’s degree in Mass Communication from Boston University and a B.A. in Media Studies from the University of Kent at Canterbury, England, where he wrote extensively on the potential of music as a medium of communication. He also studied music composition under scholarship at Berklee College of music, with a major on Film Scoring.

The composer explains that he created the course in such a way that it was not mandatory for anyone taking the class to know how to read music, saying “It is open to students from other disciplines. From art, to humanities and social sciences. And this is reflected in the composition of the class.”

“There are students studying music and many others who are studying literature, music business and psychoanalysis. This gives me great joy because it will help us all to have as wide an angle as we can to make the comparison between Rebetiko and Blues,” he adds.

The American Blues genre, created by African slaves and their descendants around the southern plantations of the United States, is compared and contrasted with Greek Rebetiko, born during the time when huge numbers of refugees settled in the harbor cities of Greece in the wake of the Asia Minor Catastrophe of 1922.

Despite their distinct differences in ethnic and musical origin, Rebetiko later became known to its fans worldwide as “The Greek Blues,” because both genres reflect the harsher realities of the underdogs who created them.

A comparative analysis of the two genres through the lens of multiple disciplines will reveal striking similarities and differences in the ways these songs were conceived and received, says Kanaris.

“This approach allows the subject to be studied from different perspectives. Students will be able to compare blues and rebetiko through history, social anthropology, sociology and philosophy. This I believe will help them to have a more comprehensive picture of this comparison,” he adds.

The initiative for the course belongs to Konstantinos Koutras, the Consul General of Greece in New York.

“He had the vision to create a platform that would bring together American and Greek culture. We agreed that one great way to do this is to illuminate the comparison of the two genres in the context of an academic course,” says Kanaris.

The professor then drafted a proposal which “was enthusiastically endorsed by Katherine Fleming, the provost of NYU, and a great philhellene,” according to Kanaris.

First day of class. New beginnings at New York University teaching “Songs of the Underdog”, a course on Greek Rebetiko…

Greek music has been a great source of passion and inspiration since the beginning of Kanaris’ career. In October of 2014 he released his debut album “Aoratos,” seven original songs in which the verses of acclaimed Greek poet Manos Eleftheriou were set to music.

The album, which premiered at the Tribeca Performing Arts Center in New York, sold out the historic Pallas theater in Athens, garnering great reviews from the Greek and international press. The international version of the New York Times called Kanaris’ album “a Greek Identity with Global Sounds.”

For the composer, leading an academic course at such a prestigious institution as New York University is an honor, but at the same time a new challenge.

“I feel great responsibility on my shoulders because I understand that I will not only teach, but I will also learn. I think it’s important to have a sense of humility to carry out my teaching duties at such a high level that would honor the course and NYU.”