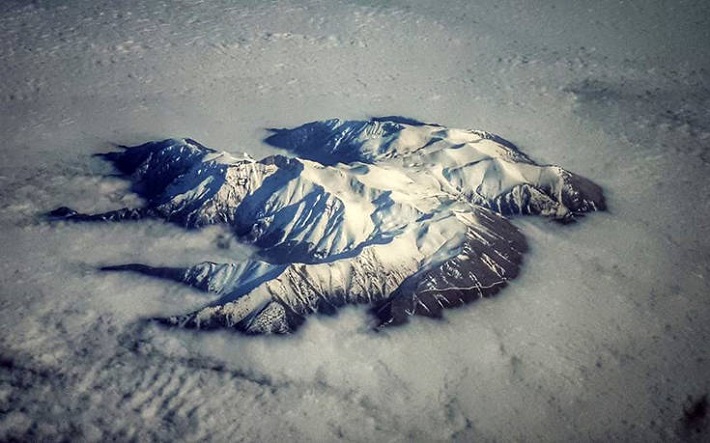 This aerial photograph shot on Sunday of a snow-capped Mount Olympus, the home of Zeus and the ancient Greek gods, has gone viral.
The photo was captured by Kostas Rossidis of the Hellenic Seaplane Association as a way to mark “World Snow Day.”
World Snow Day, an initiative of the World Ski Federation (FIS) was celebrated on January 19. An array of events were organized on that day at ski resorts in many countries.

Mount Olympus’s Mytikas peak rises to a majestic 2,918 meters, or around 9,573 feet, and is the highest point in all of Greece.
August 2 marks the anniversary of the first time it was climbed successfully in 1913, and every year tens of thousands of people travel to the mountain to climb it.
The Olympus region was declared Greece’s first national park in 1938.
The noble aim of this important act was cited at the time as “the preservation in perpetuity of the natural environment of the region, i.e. of wild flora, fauna and natural landscape, as well as its cultural and other values.”
The entire area around Mt. Olympus was proclaimed ‘Biosphere Reserve’  in 1981 by UNESCO.