GRNews
GreekReporter.comUSARiveting Documentary on Greek Genocide to Be Shown Near Chicago

Riveting Documentary on Greek Genocide to Be Shown Near Chicago 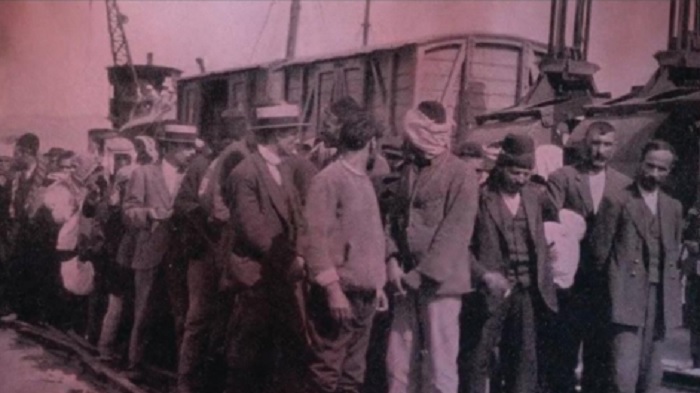 The Asia Minor and Pontos Hellenic Research Center (AMPHRC) in Illinois will hold a private theater screening of the powerful documentary “Lethal Nationalism: Genocide of the Greeks 1913-1923.”

Produced by OnAirr Productions, the moving, and oftentimes disturbing, film will be shown at the Pickwick Theater in Park Ridge, Illinois on January 30, 2020.

The riveting documentary features firsthand accounts from survivors who witnessed horrific atrocities during the forced expulsion of the ethnic Greeks from Pontos, Asia Minor and Eastern Thrace by the Ottoman Turks.

The film chronicles the systematic and brutal destruction of Greek communities which had flourished in these areas for more than three thousand years. It took the Ottoman Turks less than ten years to utterly destroy them, completely wiping Greek culture from the map in these ancient places.

Noted scholars and academics from around the world have recognized this ethnic cleansing as the first genocide of the twentieth century.

More information about this important documentary showing may be found by clicking here.