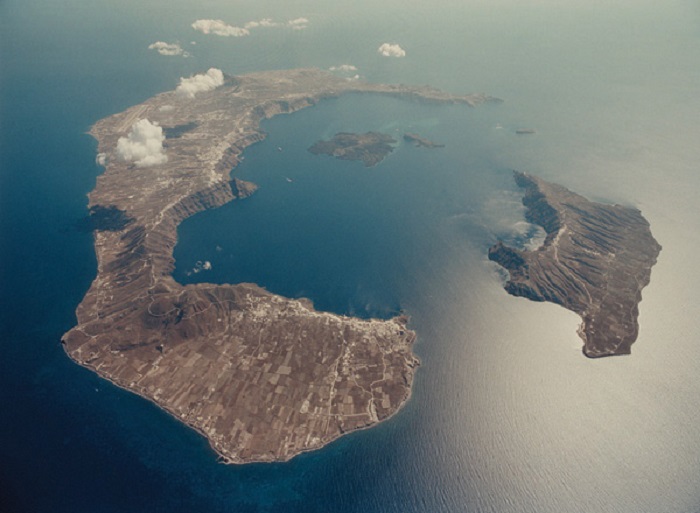 A hybrid remotely operated vehicle took the first known automated sample performed by a robotic arm in the seabed of the Greek island of Santorini.
The vehicle, developed by Woods Hole Oceanographic Institution (WHOI) explored Kolumbo volcano, an active submarine volcano off the famed island.
“For a vehicle to take a sample without a pilot driving it was a huge step forward,” says Rich Camilli, an associate scientist at WHOI leading the development of automation technology as part of NASA’s Planetary Science and Technology from Analog Research (PSTAR) interdisciplinary research program. “One of our goals was to toss out the joystick, and we were able to do just that.”
Camilli was part of an international team of researchers on an expedition aimed at learning about life in the harsh, chemical-laden environment of Kolumbo, and also exploring the extent to which scientists can hand over the controls to ocean robots and allow them to explore without human intervention.

Slightly smaller than a Smart Car, the vehicle was equipped with Artificial Intelligence (AI)-based automated planning software—including a planner named ‘Spock’—that enabled the ROV to decide which sites to visit in the volcano and take samples autonomously.
The Woods Hole Oceanographic Institution is a private, non-profit organization on Cape Cod, Mass., dedicated to marine research, engineering, and higher education.