GRNews
GreekReporter.comGreek NewsEconomy2019 Proves to Be the Best Year for Greek Stocks in Two... 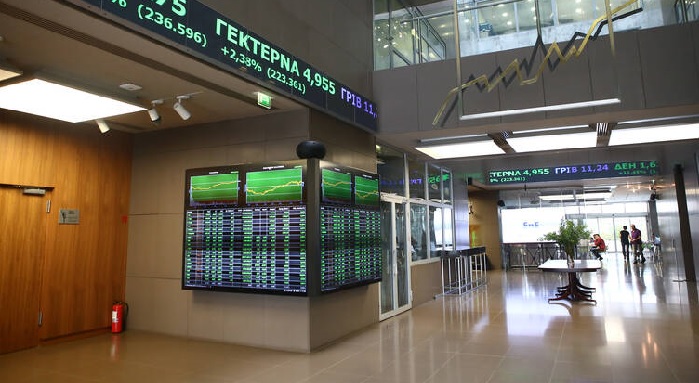 Barring any unforeseen turbulence which might occur in the very last days of 2019, the Athens Stock Exchange (ATHEX) is set to celebrate its best year since the turn of the millennium.
ATHEX is among the top performers among stock exchanges throughout the world and for the first time its General Index has recorded ten monthly positive gains, a performance which has never been exceeded at any previous time.
Average daily trading activity improved by fully 21 percent, but the most important gain in the Greek market was the return of investor’s interest in Greek equity and debt issues.
As the Financial Times reports, in the dark days of 2012 markets refused to lend to Greece — at any price. This year, investors could hardly get enough of the country’s debt, which has even stood out in a bumper crop of eurozone bonds.
Investors’ enthusiasm owed much to the gradual healing of the Greek economy after the past decade’s brutal slump. But Greece was also the beneficiary of a desperate search for yield, which drove investors into corners of the bond market typically seen as relatively high risk — dragging down yields there as well, the British paper adds.
Athens now pays just 1.16 percent to borrow for a decade, and yields have even slipped below those of Italy. Some short-term debt which was sold in October even attracted a negative yield, an unthinkable prospect just several years ago.
Big investors in Greek debt, which include asset managers such Capital Group, Carmignac and Prudential Financial, have done very well, with holders of the 10-year benchmark receiving a 23-percent total return for the year, says the Financial Times.
That performance caps a remarkable run: as the newspaper explained, anyone who bought bonds at the height of the 2015 political crisis has more than tripled their money, reaping almost unheard-of profits.