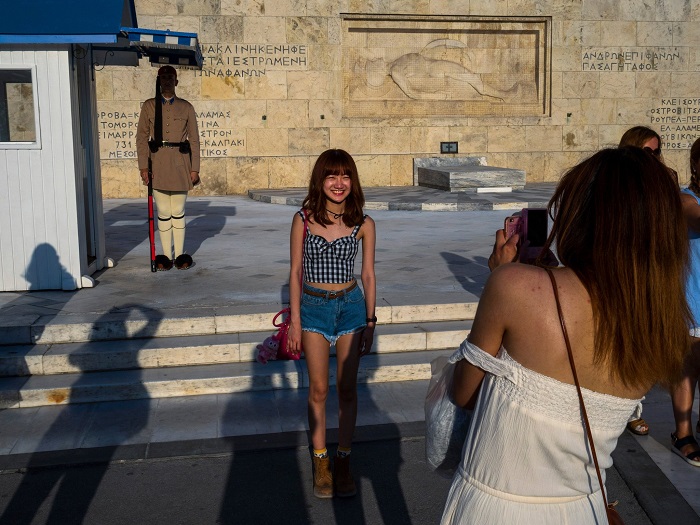 The Chinese are setting records for the number of so-called “Golden Visas,” or investment visas, they are obtaining in Greece, according to statistics released recently by the Greek government.
Chinese investors account for an amazing 68 percent of all Greek “Golden Visas” issued from the beginning of the program, and their share has increased to 92 percent in the most recent quarter. Just two years ago, they made up less than 40 percent of the total number of visas issued up to that date.

According to Georg Chmiel, the Executive Chairman of Juwai.com, China’s top international real estate website, “The new Greek government deserves much of the credit for making the golden visa program an even bigger success than it already was. For Chinese investors, the biggest change was the most simple: allowing applicants to pay with a credit card for their qualifying investments.”
Chmiel also points out that the Greek government has also made important changes, including a 22 percent reduction in property tax, a 50 percent tax deduction on renovation expenses, and a new flat tax to enable investors who become local tax residents to cut their global tax bill. It has also made possible a slew of alternate investment options.
“Citizenship by Investment”
“The government is even talking about creating a new citizenship by investment program that lets investor migrants become citizens of an EU country much more quickly. That would put it in direct competition with Cyprus for investor migrants. If Greece offers a citizenship by investment program, you would likely see the total number of applicants increase even further,” says Chmiel.
The real estate executive adds that the long-term outlook for Chinese investment in Greek residential real estate is positive.
“There is strong Chinese demand, driven by the investment visa, lifestyle, relatively affordable prices, and the prospects of good returns as the Greek economy recovers. Many Chinese have a great deal of faith in Greece and are investing in what they think will be a prosperous decade in the 2020s.”
Related video: