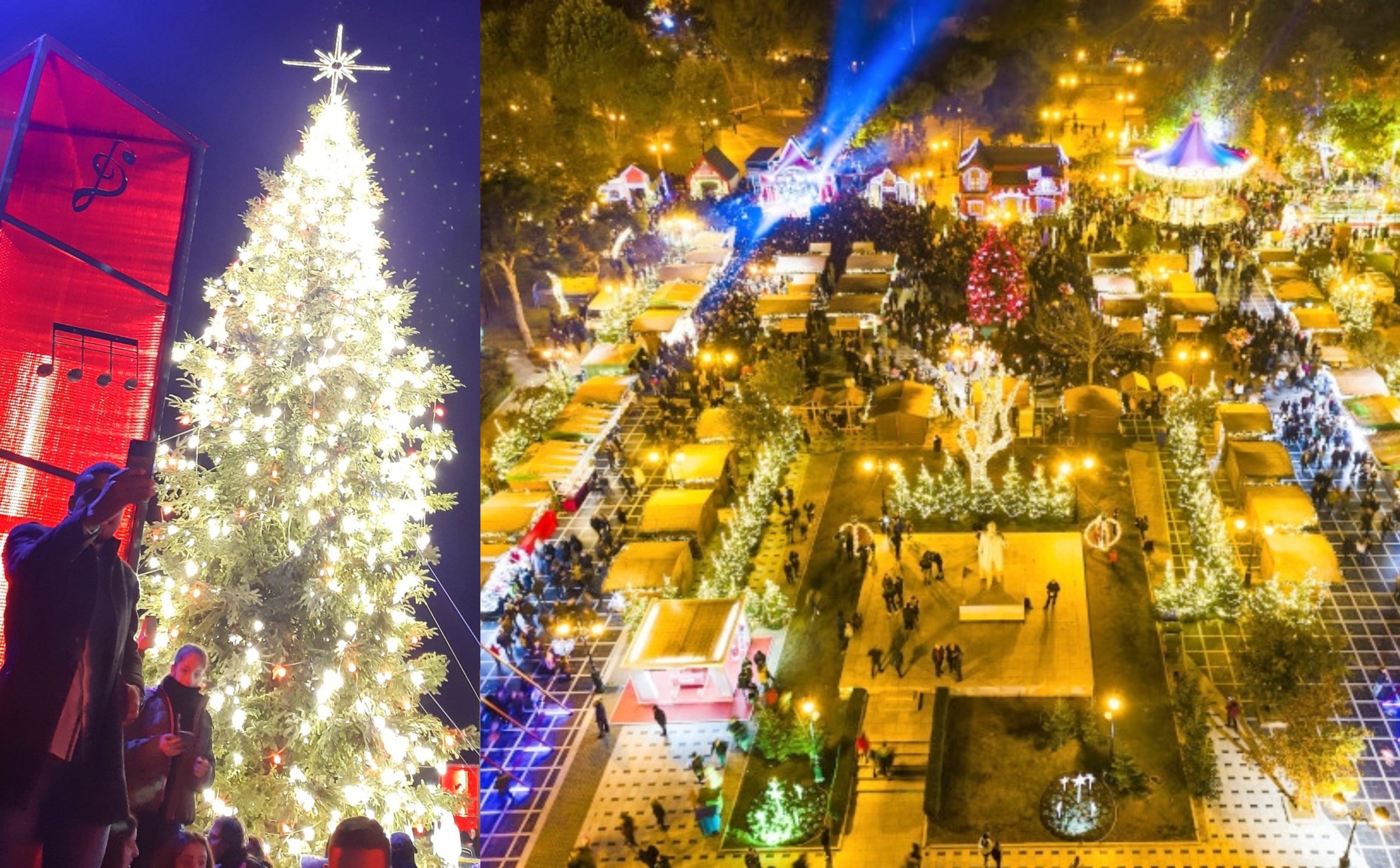 Thessaloniki, Greece’s second-largest city and the capital of Macedonia, donned its festive Christmas wear this past weekend and the opinions on this year’s decorations are overwhelmingly positive.
Locals as well as tourists have been enjoying the expanded, more stylish and brighter decorations which are now covering most of the city’s downtown, as well as its impressive new Christmas Market.
Apart from the traditional Christmas tree and other traditional decorations all over the city’s central Aristotelous Square, this year the new Municipal authority under mayor Constantinos Zervas also reshaped the iconic square around the Statue of Venizelos, a few hundred meters away from the city’s more renowned  square.
Thessaloniki’s Christmas 2019 face-lift is especially impressive there.

Municipal crews worked tirelessly for days to scrub and re-shape the square before creating a large European Christmas Village in this iconic public space, which had unfortunately been left abandoned for quite some time.
Now, the beautiful open space around the statue of Venizelos is full of sparkling light, happy children’s voices and Christmas songs.


The entire area between Aristotelous Square and the Roman agora has become a Christmas hot-spot which can easily compare with the Christmas Markets found in central and northern European capital cities.
Carousels, Christmasy shops and entertainment venues now cover thousands of square meters of public space, and throngs of revelers are already visiting it on a daily basis to enjoy the Christmas spirit of this special season.
The official ceremony for the lighting of the city and the opening of the Christmas market, which was followed by a concert attended by thousands of people, took place on December 7.