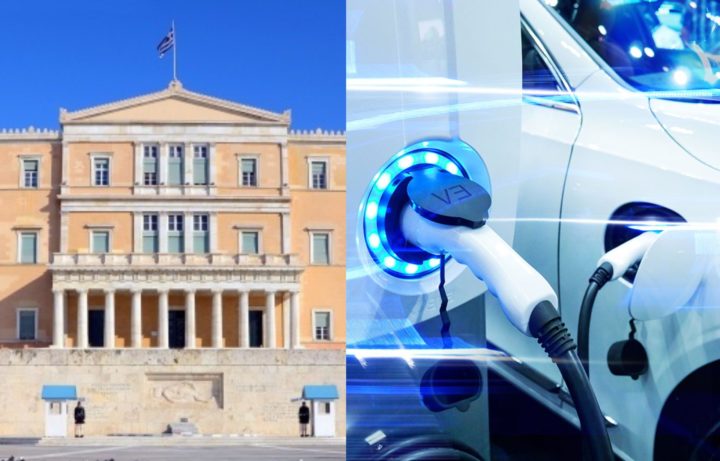 Greece’s Speaker of the House Constantinos Tasoulas tool some of the latest electric cars available in the country out for a spin on Thursday, ahead of Parliament’s decision to replace some of its fleet with eco-friendly vehicles.
The underground parking garage of the Greek Parliament was turned into a test-drive piste for the President of the Parliament for one day, after he had invited all the major car companies to showcase their best electric cars so that the Parliament can then consider leasing or purchasing from them.
Tasoulas, accompanied by scores of other MPs, went down to the underground parking garage to take a look at the new, environmentally-friendly vehicles and feel for themselves just how different it might be to handle an electric vehicle.
At least fifty Parliamentarians, primarily from constituencies in Attica, have expressed their intention to obtain a new electric car, replacing their old gas-powered models.
Electric cars are significantly more expensive than regular vehicles at this point. However, there are currently no taxes on their use in Greece, and the entire cost for using electric cars does not exceed a mere €100-€150 a year, making them appear to be a viable and climate-friendly alternative to diesel and petrol-consuming cars.
However, it is not entirely clear if the use of electric vehicles is better for the climate overall since electricity is often generated from the burning of lignite or other types of coal, or other fossil fuels.