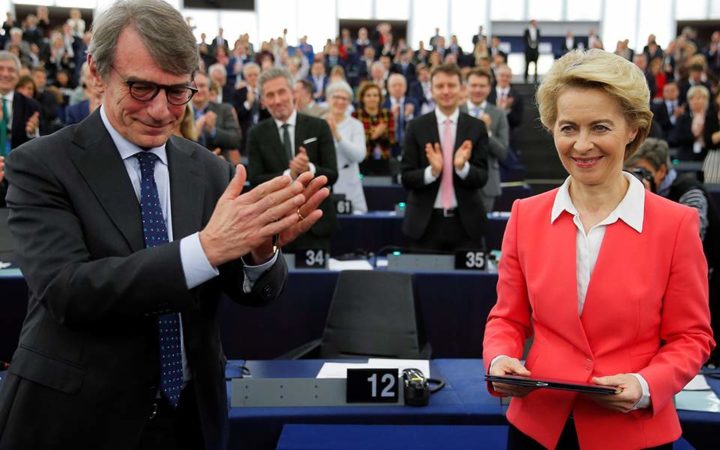 With 461 votes in favor, the European Parliament approved the new European Commission under the Presidency of Ursula von der Leyen on Wednesday afternoon.

The reshuffled composition of the Commission, occasioned by the disapproval of several commissioners in the European Parliament in the previous months, will assume office on December 1.

A total of 157 MEPs voted against the new Commission, while 87 abstained.

During her speech to the supreme democratic institution of the European Union, the conservative German politician said that her Presidency’s priorities will be climate change and migration.

The President-elect said in her address that climate change is an ”existential threat to Europe and the world” and declared that the Union must lead the global effort to combat this threat.

Regarding migration, von der Leyen stated that “Europe will always provide shelter for those who are in need of international protection,” adding that ”it is in our interest that those who stay are integrated to our society.”

However, she pointed out that Europe has ”to ensure that those who have no right to stay return home.”

Von der Leyen also said that Europe must find a way to deal with the issue while its values and the rule of law, of which the Union is so proud, will also be respected.

The new President of the EU’s executive branch addressed the issue of Brexit as well, saying that she will ”always be a Remainer,” suggesting that she does not want the UK to leave the EU.

She said, however, that she does respect the will of the British people and she hopes that the ties between the UK and the Union will remain strong despite the current climate of uncertainty.