Greeklish: The Linguistic Creativity of Greek-Americans 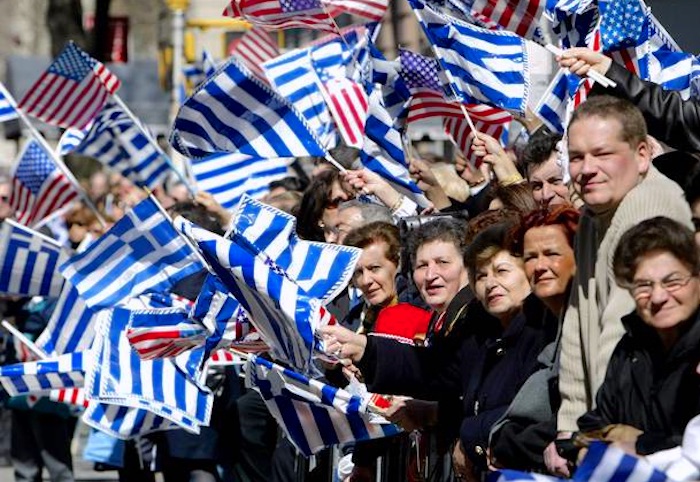 What in the world is a “hotéli?” you may ask. A native Greek speaker will initially scratch his or her head before they realize that it’s an established Greek-Americanism. Deriving from the word hotel, a Greek suffix was then added in order to make it look and sound Greek.

Since the first mass migration to the Americas in the beginning of the 20th century, Greek-Americans have used their creativity to construct linguistic idioms borrowing from both their Hellenic and American heritage as they dealt with the difficulty of learning a very different language from their own.

“Although this vocabulary was created at the beginning of the 20th century from Greeks who did not know English, it has been noticed that even new generation Greeks, born and raised in Greece, use Greek Americanisms in their vocabulary when they move to the USA,”  says Stella Bompotsiari, an experienced educator and the founder of  “Greek Lessons OnLine” or Greek LOL, which currently offers Greek language training to more than 800 students worldwide.

“Probably because it makes their integration in the Greek American community easier,” she adds.

Sometimes it’s hard for an outsider to follow a conversation between two first- or second-generation Americans of Greek descent. They’ll encounter phrases which sound hellenized, but which aren’t taught in Greek schools.

Greek-Americans have generally been exemplars in the practice of borrowing words from Greek into English. In scientific terms it’s called “lexical borrowing,” i.e. “the adoption of individual words or even of large sets of vocabulary items from another language or dialect.”

This article is brought to you by Greek LOL Summer Camp

A multitude of English words have entered the Greek-American lexicon as assimilated loanwords. A vivid sub-language with its own nouns, verbal constructions, semantic loan words, loan translations, and so on, has developed over the decades.

Certain words are used more widely than others, while many have already fallen by the wayside. Here are some examples of this charming and unique patois:

Bósis: Deriving from the word boss

All the words above follow a similar pattern: An English root with a Greek ending tacked onto it.

Bompotsiari says Greek-Americanisms are still used among her students at “Greek Lessons OnLine”.

“Sometimes in class our teachers struggle to understand our students’ Greek. The other day a student from NY was telling me “πήγα στο σπιτάλιο” again and again and of course I could not understand. She was so surprised I didn’t know what she was saying. The interesting part is that Greek -Americans are sure which words are Greek and which are made up by American-Greeks.”

She adds, however, that “the new Greek-American generation tries hard to use the proper Greek words instead of their Greek-American version, to sound more sophisticated.”