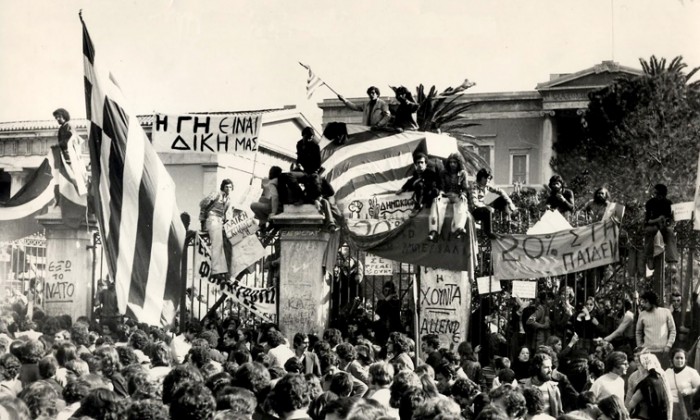 As of November 1973, it had been six and a half years since Greece had been placed under strict military rule. Opponents of the junta which took over in the April 21, 1967 coup had been tortured, jailed, exiled, or put under surveillance.
The referendum which elected dictator Georgios Papadopoulos as President of the Republic  and Spyros Markezinis as transitional Prime Minister in October, and the promise of elections to be held in February of 1974, could not appease the Greek people, who simply wanted their freedom.
Greek students began the first demonstrations against the regime in February and March of 1973. On November 14, 1973 students demonstrated at the School of Law and entered the Polytechnic School (Polytechneio) building on the corner of Patission and Sournari Streets, about 100 meters away from the National Archaeological Museum of Athens. 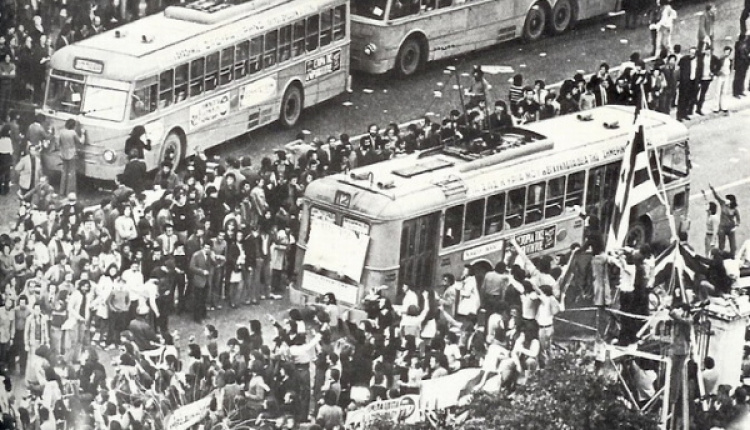 By evening, police had asked them to leave the premises, so the students decided to occupy the Polytechneio building. Additional people had heard about the uprising by world of mouth, and they came to join the group at the school. A jury-rigged radio station was somehow set up there and the call was then broadcast, inviting all Greeks to come to the Polytechneio and protest against the junta.
Behind the microphone was 21-year-old student Maria Damanaki. The repeated phrase “Polytechneio here! Polytechneio here! This is the radio station of the free, fighting students, of the free, fighting Greeks!” still echoes eerily in the minds of those who heard the announcements in those strange, ominous days.
By Friday, November 16, the Polytechneio building and the surrounding area was packed with people who had gone there to protest. Some had gathered out of curiosity, since it had been years since demonstrations had been allowed.
Suddenly, police surrounded the area, stopping the influx of people to the building. The authorities started calling on the crowd to disperse, and threatened them with violence. Tension was high and there began to be reports of shootings and killings of people by the police. 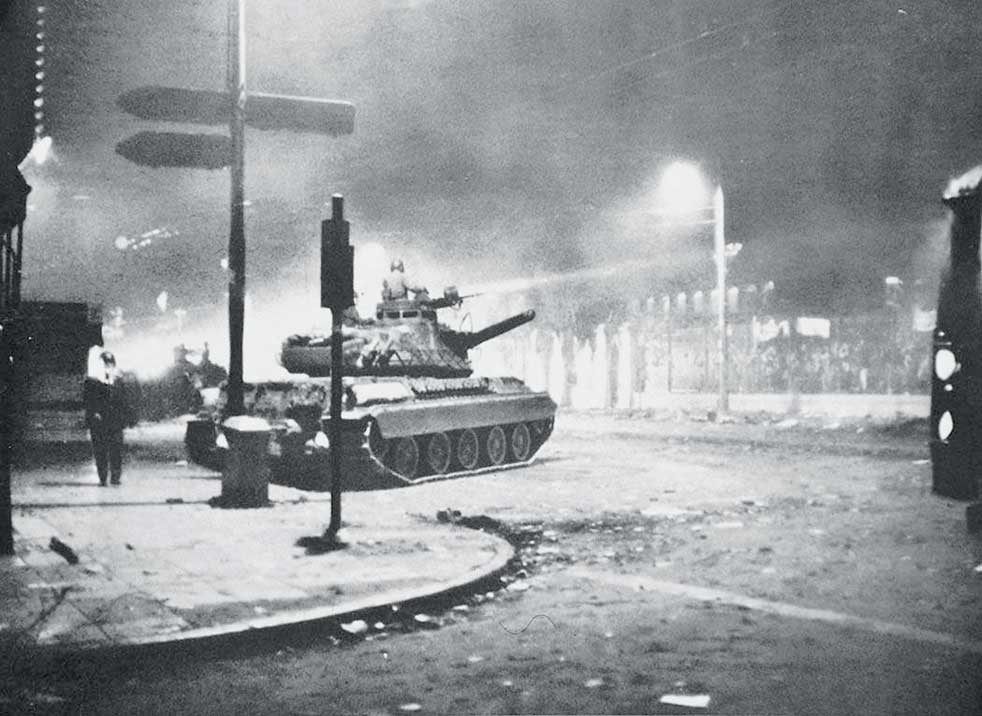 By nightfall, all the protesters moved inside the campus of the Polytechneio, and the authorities decided to call in the army. By 1:30 AM a tank stood menacingly in front of the gate, with police repeating the calls for people to come out of the Polytechneio building and disperse — but the students and the rest of the protesters did not budge.
The tank crashed into the gate of the Polytechneio campus at about 3 AM. Some grainy footage shot by a Dutch reporter shows the vehicle tearing down and crashing through the main steel gate of the university as people still clung to its railings.
From inside the building, the radio announcer was pleading with the soldiers to not carry out the orders of their superiors and hurt their “brothers,” his voice emotional as he recited the national anthem, before the tank entered the yard and the transmission ended. 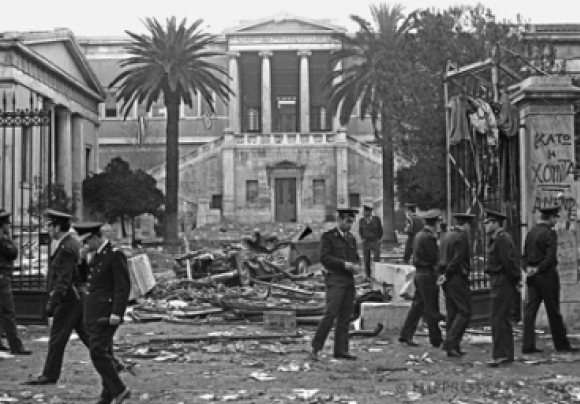 The army and police allowed all the protesters inside the Polytechneio to leave unharmed from the Stournari Street gate. The next day the dictatorship announced that no students had been killed once the police entered the Polytechneio, but reports lingered of 24 dead outside the campus itself.
One year later, after democracy had been restored, a prosecutor confirmed that there had been no deaths inside the campus, a ruling that was a unanimously confirmed by all the rectors of the National Polytechnic School.
On November 25, just days after the Polytechneio uprising, brigadier Dimitrios Ioannidis staged a coup overthrowing Papadopoulos and Markezinis. The new dictator established an even more harsh regime, but it ended several months later upon the failed coup attempt in Cyprus which brought the Turkish invasion of the island on July 20, 1974.

Here's the history behind the Greek uprising and why November 17 is an important anniversary for Greece and Democracy. Full story: https://goo.gl/J5rdmM