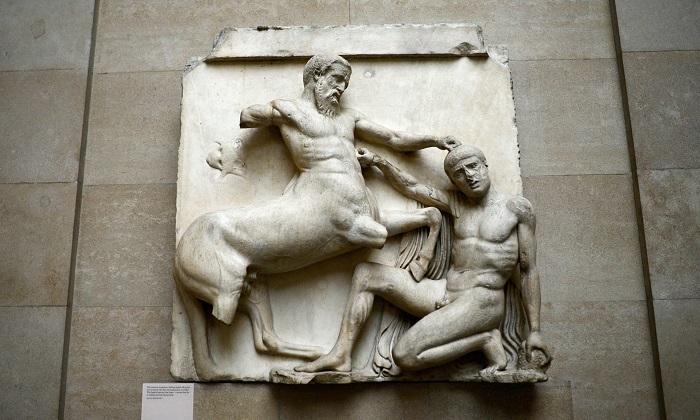 Prominent British barrister, academic and author Geoffrey Robertson recently launched a scathing attack at the British Museum for exhibiting what he charges is “pilfered cultural property.”

Robertson’s views appear in his new book, titled “Who Owns History? Elgin’s Loot and the Case for Returning Plundered Treasure,” which was published just last week. 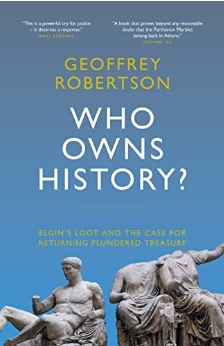 In his new work, Robertson levels serious charges against his country’s most important cultural institution, saying “The trustees of the British Museum have become the world’s largest receivers of stolen property, and the great majority of their loot is not even on public display.”

He boldly accuses the Museum of telling “a string of carefully-constructed lies and half- truths” about how the marbles “were ‘saved’ or ‘salvaged’ or ‘rescued’ by Lord Elgin, who came into possession of them lawfully.”

He goes on to criticize “encyclopaedic museums” such as the British Museum, the Louvre in Paris and New York’s Metropolitan Museum of Art, which “lock up the precious legacy of other lands, stolen from their people by wars of aggression, theft and duplicity.”

Robertson was responsible for preparing a report on the reunification of the Elgin marbles for the Greek government with fellow barrister Amal Clooney and the late Professor Norman Palmer.

In his new book, he acknowledges that any restitution which might possibly be paid in the future could encourage further claims elsewhere in the world, although they might not be as successful as the Parthenon’s “because the Marbles are unique.”

“Who Owns History? Elgin’s Loot and the Case for Returning Plundered Treasure” is published by Penguin Books.