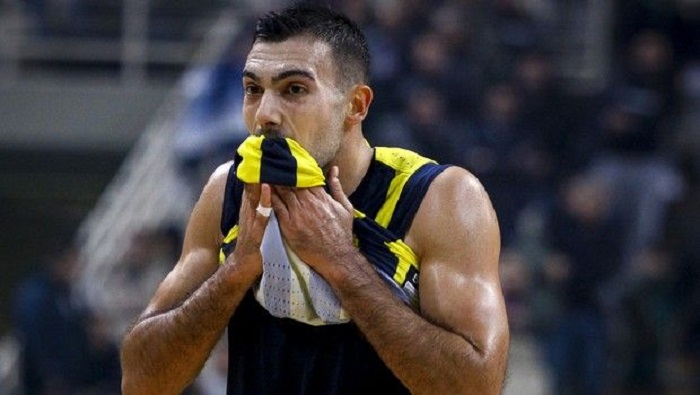 Greek basketball player Kostas Sloukas, who plays for the Turkish basketball team Fenerbahce was subjected to intense criticism across Turkish social media after he failed to hold a banner commemorating the death of Mustafa Kemal Ataturk on Saturday.
Videos uploaded on Facebook and YouTube show that the 27-year-old Greek athlete did not participate in the festivity commemorating the 81st anniversary of Ataturk’s death. When his colleagues unfurled a banner reading “We remember with nostalgia and respect,” Sloukas was missing from the group.

The Greek player received nasty backlash and even racial jeers online from fans of the Turkish team.
Sloukas was forced to apologize through a statement on the team’s official website.
“I fully respect the country and the team. I’ve been here five years. I respect the country and its history. In this case, nothing happened consciously. I was totally focused on the game and I didn’t realize what was happening at the time,” he explained.
“[Turkey] has important history, which I respect… Yes, I am a Greek citizen, but I have been here for the last five years playing for Fenerbahce, which represents Turkey,” Sloukas added.

The "Lap Pool House," a modern house built on a slope of the Cycladic island of Tinos, is nominated for an EU award for Architecture.
Charity