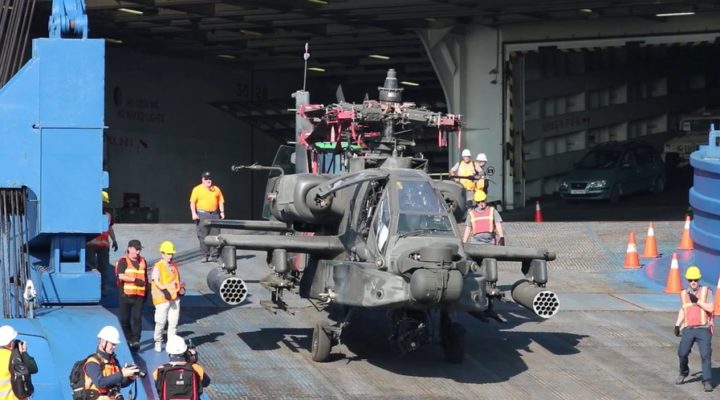 The US military published a video on Saturday showing the operation of offloading military equipment, including helicopters and army vehicles, at the port of Volos, a city in Greece’s Thessaly region.
The operation was conducted under heavy security measures, as a number of Apache and other types of helicopters and vehicles were unloaded and transported to their new bases in the Greek city.
The equipment, along with American military personnel, will be stationed on military premises in Stefanovikio and Volos.
The equipment, which belongs to the famous 3rd Combat Aviation Brigade of the American Army, arrived in Greece as part of ”Operation Atlantic Resolve.”