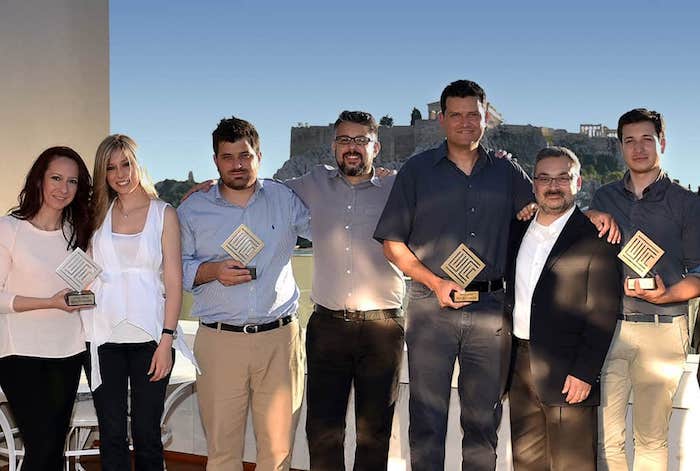 For the seventh consecutive year promising Greek start-ups will be able to access resources, advice and support services to pursue their business dreams through Envolve Greece.
Founded by The Libra Group, Envolve is a non-profit organization that believes that entrepreneurship should be accessible to all – whether within a thriving economy or during a recession. Motivated by faith in Greece’s intrinsic creativity, grit and determination, the initiative aimed to inspire and champion established and new entrepreneurs.
The Envolve Award offered each year to US and Greek start-ups assists brilliant ideas by providing funding, mentorship and business support services.
Alexandros Nousias, the Director of Envolve Entrepreneurship in Greece, speaking to Greek Reporter, says that each year 800-1,000 Greek start ups are competing for the award.
He says that experts analyse the ideas and business plans and make a shortlist of about 500, out of which 15 finalists will be announced in late December or January the latest.
“For the first five years we had between 1-5 winners. Altogether 19 winners. In 2018, we had 8 winners as the ideas and the business plans of Greek start-ups were impressive. We hope this upward trend to continue in 2019,” Nousias said.


The four major criteria for a successful business proposal, he explains, are: Innovation, job creation, sustainability and financial prudence. The winners receive continued support and advice from Envolve and its global network of supporters.
Nousias, whose job is to oversee and support the expansion of the 27 winning businesses from 17 different business sectors, says that “many Greek start-ups have been very successful on a global scale with a turnover of tens of millions of euros.”
During the last six years, Envolve has given over 5 million euros to the awarded start-ups, who have attracted investment of over 40 million euros.
“We are proud of the effort and assistance we provide to the start-ups”, says Jimmy Athanasopoulos, the president and mastermind behind the awards, speaking from the Envolve’s downtown Athens headquarters.
He notes a strategic shift in the attitudes of Greek society towards business and innovation. “Until a few years ago, the aspiration most Greek families had for their children was to get a place in the public sector. Now, there has been a monumental change, as more and more Greeks look for creativity and entrepreneurship in the private sector.”
“Creativity in the Greek blood”, he says and stresses that its consecutive year the quality of the business proposals is improving.
He notes that in a similar program run in the US, only 10 percent of the approved business plans of start ups become eventually successful. “In Greece,  the percentage is much-much higher…Out of the 27 start ups that have been approved in the last six years, 23 or perhaps 24 are successful, despite the economic crisis that hot the country in recent years,” Athanasopoulos says.
Athanasopoulos, who joined the Libra group in 2012 as Director of the Hellenic Entrepreneurship Award, now renamed Envolve Greece, says that an important parameter for investment, job creation and profitability is political stability.
The Libra Group, a diverse international business group that is active in 35 countries across six continents and wholly wholly-owned by the Logothetis family, through its social responsibility programs, linked to the themes of community support and assisting people who have been denied or have limited opportunity, has helped Greece to survive during the decade of austerity.
“Libra helped Greece, because we love the country. We have been operating here and we have been helping new business thrive when most others had left,” Athanasopoulos says.