GRNews
GreekReporter.comGreeceGreece Plans to Transport 20,000 Migrants From Islands to the Mainland

Greece Plans to Transport 20,000 Migrants From Islands to the Mainland 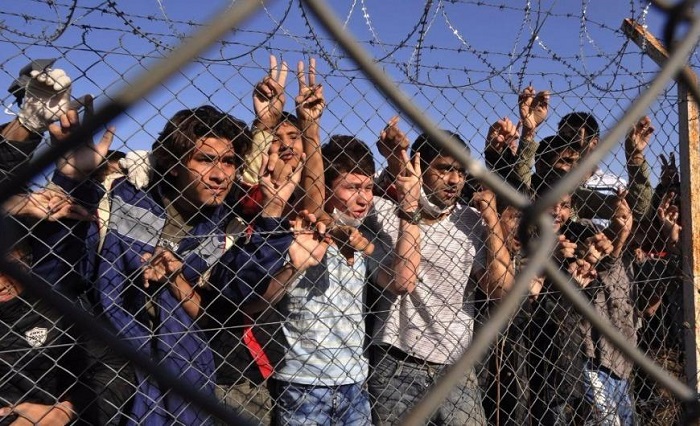 The Greek government is planning to transfer at least 20,000 migrants and refugees from the islands to the mainland by the end of this year, Citizen Protection Minister Michalis Chrisochoidis was cited as saying on Thursday.
According to the Athens-Macedonian News Agency (AMNA), Chrisochoidis disclosed the plan during a briefing of New Democracy deputies on the basic regulations of new proposed legislation for granting asylum, which is currently in public consultation.
Citing Chrisochoidis, party sources said that 10,000 individuals will be moved to hotels and another 10,000 to a series of camps, providing improved living conditions for the migrants.
ND parliamentary secretary Stavros Kalafatis said that housing families in military camps was ruled out, while he added, “MPs had no problem in relation to their voting districts accepting refugees, especially since the minister assured them that there will be equal distribution among regions.”
The new bill is believed to also include provisions which aim to speed up asylum applications and increase the pace of returns and deportations, in a bid to reduce the number of migrants and refugees trapped in Greece by lengthy bureaucratic procedures.