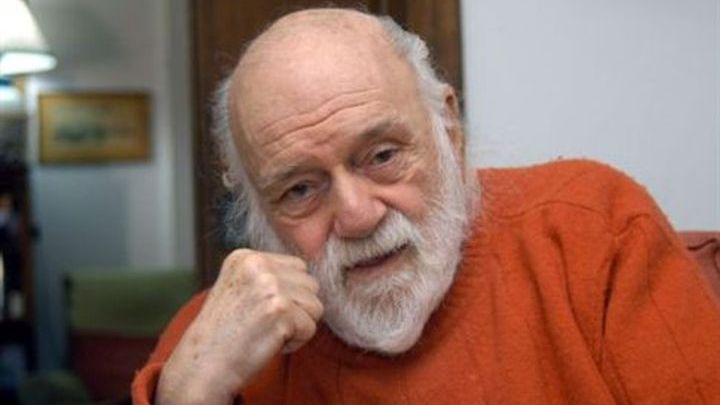 Prominent Greek poet and novelist Nanos Valaoritis died on Friday morning at the age of 98. The causes of his death are still unknown.
Ioannis (known familiarly to the public as “Nanos”) Valaoritis was born in Lausanne, Switzerland in July, 1921.
A true Greek cosmopolitan, with family roots back to the most prominent fighters in the Greek War of Independence, Valaoritis lived variously in Greece, the UK, the US, and France.
He has an academic background in both Greek classics and English literature.
Among his most famous works of poetry were “The Punishment of the Mages,” “The Hero of Random” and “Allegoric Cassandra.”
Valaoritis was the great-grandson of Aristotle Valaoritis, who was a prominent Greek poet and member of the Heptanese school as well as a prominent politician during the first decades of the independent Greek state.