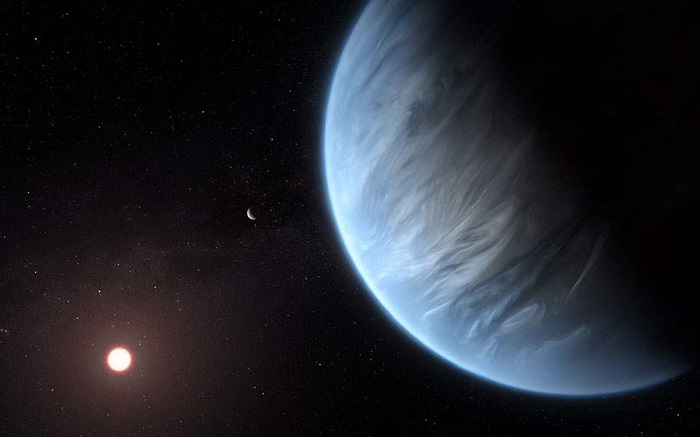 A Greek astronomer based in the UK announced on Wednesday that his team has discovered an exoplanet capable of supporting Earth-like life.

Angelos Tsiaras of University College London’s Centre for Space Exochemistry Data  announced the exciting new find, which involves “K2-18 b,” a planet about 110 light-years from Earth that NASA’s Kepler Space Telescope discovered in 2015.

K2-18 b lies in its parent star’s “habitable zone,” the range of distance which could support the existence of liquid water on a planet’s surface.

“This is the only planet right now with the correct temperature [for Earth-like life] and water outside the solar system,” Tsiaras told reporters in a teleconference.

Tsiaras and his colleagues have just published their results in the peer-reviewed journal Nature Astronomy.

The Greek astronomer stressed, however, that K2-18 b is far from a twin of Earth. The exoplanet is eight times more massive than our planet, making it a “super-Earth,” a type of heavenly body that is common throughout the Milky Way galaxy but is not represented in our own solar system.

Then there is the matter of K2-18 b’s star, a red dwarf, which is much smaller and cooler than our sun. Because red dwarf stars are so dim, their habitable zones are much closer to them; the planet K2-18 b completes one orbit around it every 33 Earth days.

The 28-year-old astronomer graduated from the Aristotle University of Thessaloniki in 2014 and earned his Ph.D in September of 2017 at University College London.