GRNews
GreekReporter.comGreeceMigrants Arriving from Turkey Sleep on the Streets on Greece’s Symi 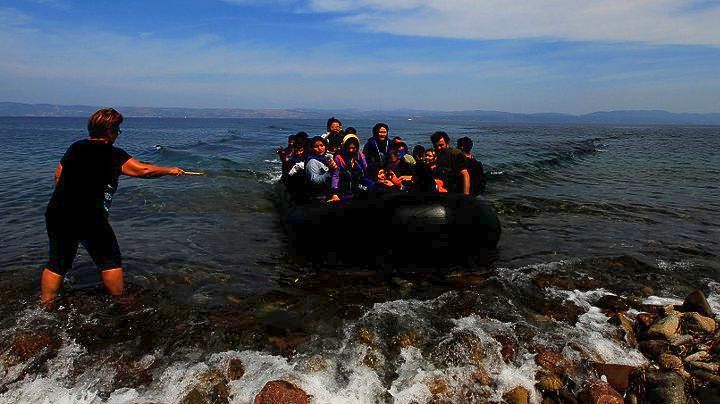 The problem of the increasing migrant flows from Turkey to European shores was recently highlighted by the local authorities of the island of Symi.
Symi is a small, picturesque island in the Dodecanese archipelago, that doesn’t have any facilities to accommodate refugees and migrants, who illegally arrive from the opposite Turkish coast.
Thus, most of them have nowhere to go when they set foot on the small Greek island.
Scenes of people sleeping and living on the streets have become pretty common on Symi over the last several days, raising concerns about what might happen in the near future.
For this reason, the mayor of the island and other island officials have asked that the Greek authorities take care of the migrants, by transferring them to organized facilities on other islands or the country’s mainland.


Stolen Yacht of Turkish official used to transfer migrants found on Kos
While the migrant flows from Turkey to Greece continue to rise, smugglers have found a new way to transfer refugees and migrants to the country, without being spotted by the authorities.
This was revealed after the stolen yacht of the President of the Turkish Besiktas football club was found docked at the port of the island of Kos a few days ago.
Smugglers stole the yacht from the Turkish city of Bodrum (Halicarnassus) and used it to bring migrants to Greece, by pretending they were tourists.
The yacht docked at the Greek island, without anyone realizing that the people who disembarked were not tourists but illegal migrants.
After the incident, the yacht was left at the port, and the smugglers disappeared.