GRNews
GreekReporter.comBusinessUS Ambassador Says Opportunities for Investment in Greece Have Never Been Better 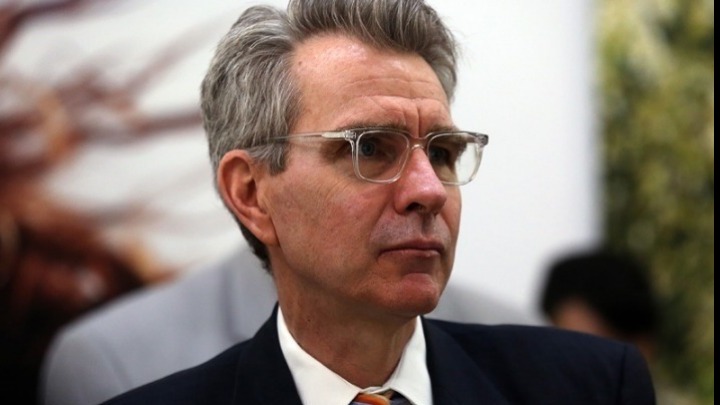 US Ambassador to Greece Geoffrey Pyatt stressed the US government’s intention to do everything in its power to support economic growth in Greece during a press conference on Tuesday.
In remarks made just ahead of the opening of the Thessaloniki International Fair (TIF) in Greece’s northern port city this weekend, Pyatt said that he is more optimistic than ever about the opportunities presented to American investors.
He underscored that on the government side, “things could not be better in terms of the supportive message we will send” about the future of Greek investment.
Pyatt noted that the financial markets have clearly shown that the Greek prime minister and his government were well received. He emphasized that the US shares the Greek prime minister’s goal to proceed not only with mutual fund investors, “but to have real business activity.”
According to the US Ambassador, there have never been better opportunities than those which present themselves at this point in time.
Pyatt pointed out that the 2018 Thessaloniki International Fair, where the US was the honored country, has “helped us set a new pace in our bilateral relations, strengthening our bilateral cooperation.”
In particular, the ambassador noted that the progress made by last year’s TIF and its enormous success “inspired us to continue investing in this partnership, to build up Greek-American cooperation to a high level of success, and to upgrade our bilateral relations to a new level, expanding and deepening our ties.”
In addition, Pyatt expressed the US government’s willingness to build on the positive momentum that has reigned since last year’s TIF at all levels of bilateral relations, from the realms of energy, commerce, security, defense, education and culture, for next year’s strategic dialogue to be held in Athens in October.
He stated that, for example, the United States continues to support Greece’s efforts to become a regional hub for energy security in the region, adding that he looks forward to participating in the next energy forum, to be held in Thessaloniki on Friday.
Source: AMNA