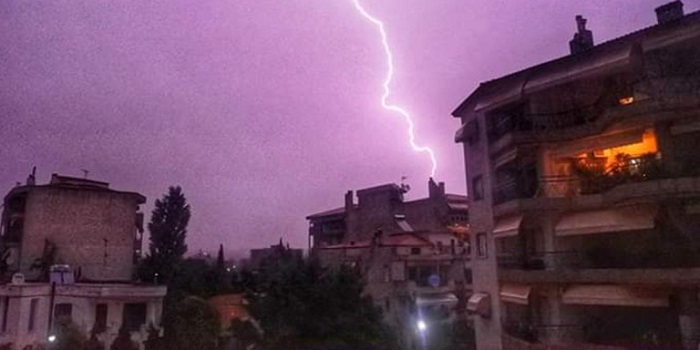 More than 3,000 lightning strikes, which occurred mostly during rainstorms, were recorded in central regions of the country on August 15, according to the National Observatory of Athens.
The unusually widespread electrostatic activity was detected by the ZEUS long-range lightning detection system operated by Greece’s main meterological observatory.


The highest amounts of rain were recorded in Serres, with 25 mm (.9 inches), in the area of Vlasti, near Kozani, with 16 mm (.6 inches) and in Lamia with 15 mm (.59 inches), while many other areas received more than ten millimeters of rain in less than one hour.
The weather across Greece will continue to remain unstable on Friday, with storms beginning to appear in the northern parts of the country beginning in the afternoon.

The plague appeared in Greece as a weapon of divine wrath. Agamemnon, offended the priest of Apollo and the God spread pestilence among the Greeks.
Cyprus

The entry of Cyprus for the 2021 Eurovision song contest has sparked wide controversy among ultra-conservative Christian groups on the Mediterranean island.
Charity