GRNews
GreekReporter.comGreeceJazz Festivals to Send Message of Peace and Friendship Between Greece and... 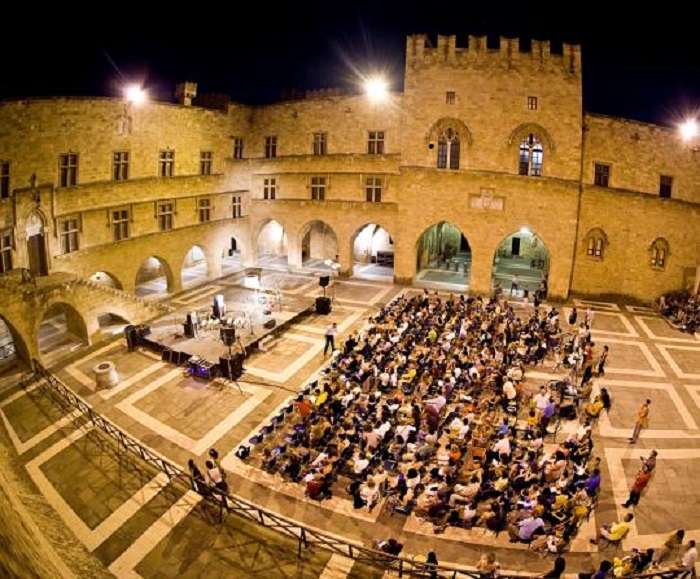 The Rhodes International Jazz Festival in Greece and the Bodrum Jazz Festival in Turkey have announced a collaboration as sister festivals in order to send a message of friendship and goodwill between the two countries.
Founder Oktar Varoglu and Tugce Alpaslan, directors of the Ankara and Bodrum Jazz Festivals respectively, originally approached Dimitri Vassilakis, the founder and artistic director of the Rhodes International Jazz Festival, with the idea.
Their aim was to work together in bringing Greek jazz musicians to perform in Turkey and to send Turkish jazz musicians to perform in Greece.
Other than sending a clear message of friendship and collaboration, the proximity between Bodrum and Rhodes – a mere 96 kilometers (60 miles) – can attract tourists from all over the world. So, as well as being a musical exchange, the joint festivals can serve as a kind of visitors’ exchange also, considering the numbers of international yachts in the Aegean.
Along with the festivals, there are music education activities as well as open discussions and forums. The Greek performers at the festival are The Manos Saridakis Trio, the Dimitri Vassilakis Quartet, and an ensemble of young musicians from Rhodes.
In addition, a quartet led by British saxophonist Andy Sheppard will perform on August 30 at the Moat Theater of the Palace of the Knights on Rhodes, with free admission. Ayhan Sicimoglu & the Latin Stars with bouzouki player Orhan Osman from Turkey will play an energetic Latin/ethnic jazz repertoire.
The Bodrum Festival will pick up September 1-9 with the theme of Ethnic Jazz. The Dimitri Vassilakis Quartet will perform on September 2, presenting Vassilakis’ award-winning “Daedalus Project – Labyrinth” album.