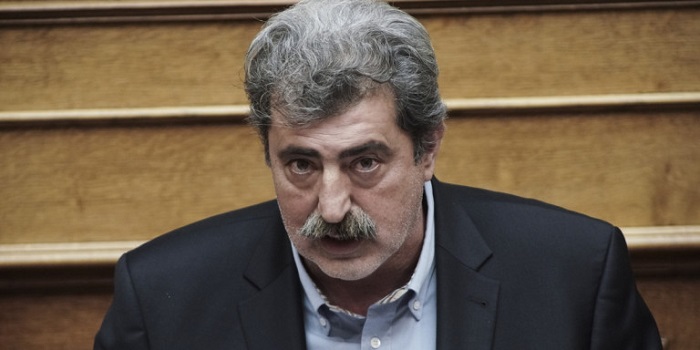 The Greek parliament on Wednesday voted to rescind the parliamentary immunity of former minister Pavlos Polakis, who has been accused of illegally recording a private telephone conversation with Bank of Greece Governor Yannis Stournaras.
Polakis, a controversial deputy Health Minister in the SYRIZA administration, is also accused of slander by Stamatis Poulis, the head of the workers’ union for Greece’s Center for Disease Control and Prevention (KEELPNO).
Speaking before Parliament, Polakis accused the government of aiming to stifle criticism from the opposition, denouncing the process as a “clear act of political persecution” and an “immoral act of revanchism.”
SYRIZA deputies refused to take part in the vote rescinding his immunity and withdrew from the procedure in protest.
Last February, Stournaras called for the intervention of a prosecutor in an angry press release, stating that the recording of him was made “without my consent, and in violation of the relevant provisions of the criminal code.”
The New Democracy (ND) Party, which was in opposition at the time, accused Polakis of the serious crime of blackmailing the governor of the Bank of Greece.
Related: EU Commissioner Blasts Greek Health Minister for Smoking in Public