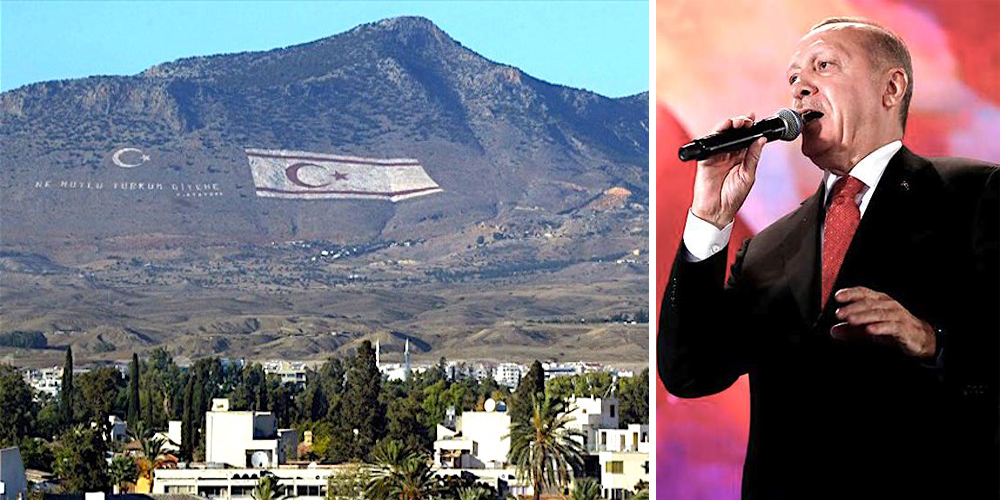 The Turkish army will never hesitate to take the same steps “if needed for the lives and security of Turkish Cypriots,” said Turkish President Recep Tayyip Erdogan on Saturday, on the 45th anniversary of Turkey’s invasion of Cyprus.
In a message to the Turkish people on the day that Ankara calls the invasion of Cyprus “a peace operation of Turkey in Cyprus”, the Turkish president threatened that his army would repeat the same if the rights of his country and Turkish-Cypriots are not respected.
“Those who think that the wealth of the island and the region only belongs to them will face the determination of Turkey and the Turkish Cypriots,” Erdogan said, referring to Cyprus’ exploration for hydrocarbons in its exclusive economic zone (EEZ).
The Turkish army invaded the island on July 20, 1974, following a failed coup attempt backed by Athens with the aim to unify the two countries five days earlier. About 200,000 Greek-Cypriots were displaced and some 3,000 were killed.
Turkey is occupying the northern part of Cyprus since then with some 30,000 troops stationed there currently. Ankara calls the occupied part Turkish Republic of Northern Cyprus, a country that no other country in the world recognizes.
Turkey insists that part of Cyprus’ EEZ belongs to the Turkish-Cypriot part of the island, thereby Turkish-Cypriots should exploit the island’s natural resources.