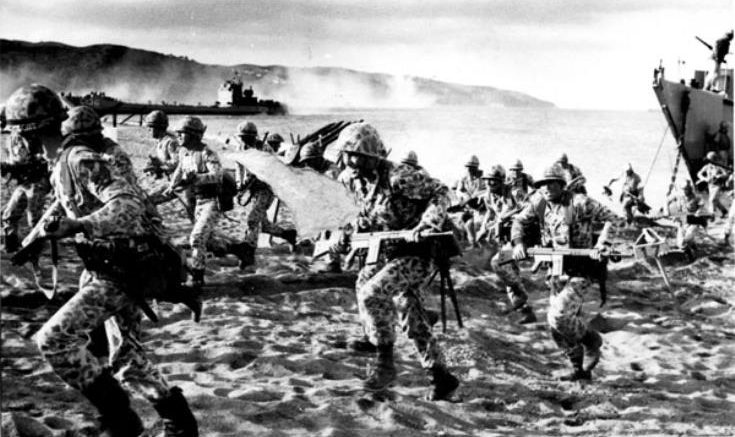 As Cypriots say, even 45 years later, July 20, 1974 was the day time stopped for Cyprus; a day of infamy when the course of the nation’s history changed. For Cypriots, the ongoing crime of the Turkish occupation of their beloved country seems as fresh at each anniversary as it was then.
It was a day that no Cypriot and no Greek will indeedever forget. The eerie sound of sirens broke the warm stillness of that July day in both countries, signaling the end of an era. But only Cyprus felt the horror of the invading Turkish troops and the mayhem they unleashed on the unsuspecting people — mostly women, children and the elderly. 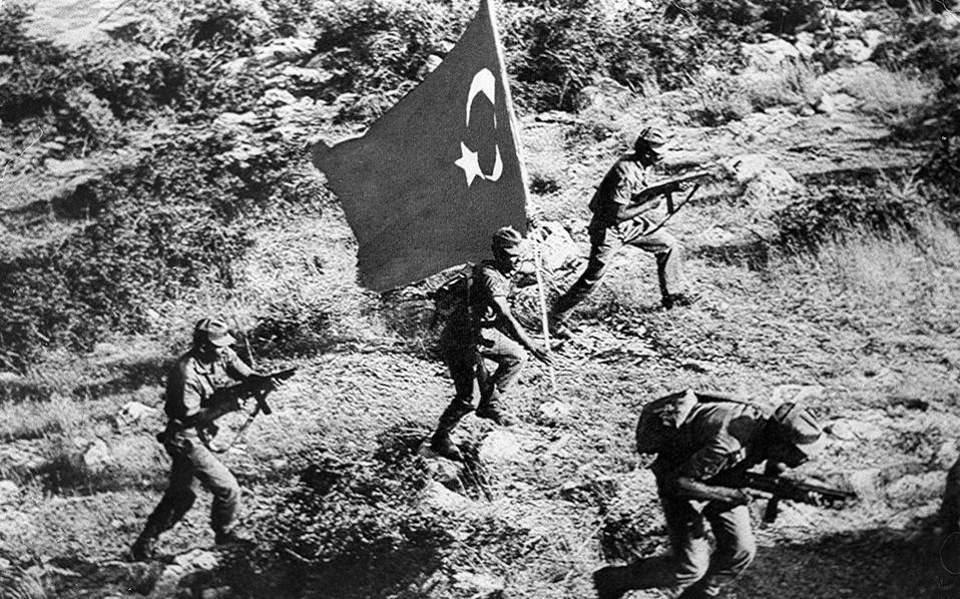 It was 5:30 in the morning when the war sirens signified the descent of hell upon the beautiful country of Cyprus. It was only five days after the inexplicable coup d’état of the country by Greece’s dictatorial forces, which only served to give the Turks an excuse to invade and occupy the northern part of the island.
Approximately 40,000 Turkish troops raided the island under the code name “Operation Attila,” — an apt name for the barbaric attack against innocent civilians, which clearly violated the Charter of the United Nations Security Council. 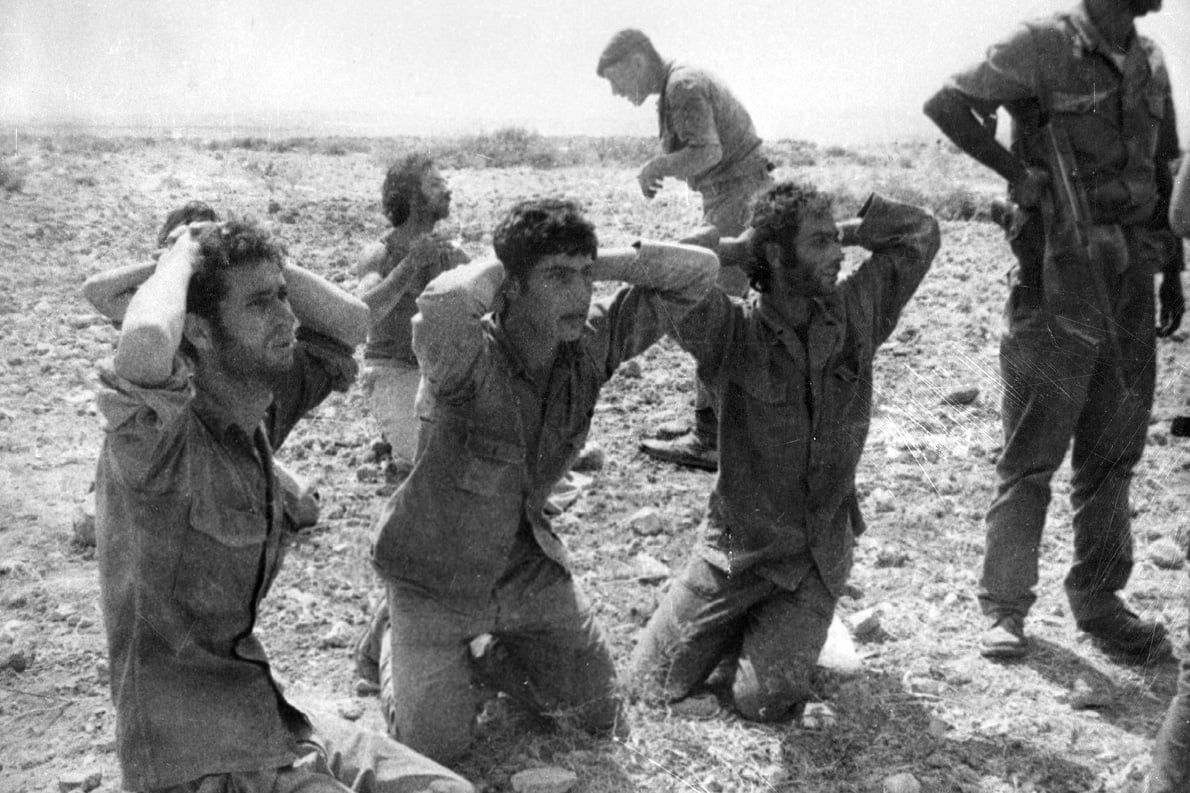 Cyprus’ cerulean summer skies turned black after Turkish warplanes bombarded the area  from Kyrenia to Nicosia, killing hundreds of civilians before their ground troops completed the massacre.
The pretext for the Turkish invasion was the protection of Turkish Cypriots, an argument which was as weak then as it is now. The brutal invasion was dubbed by Turkey a “peaceful intervention,” aimed at restoring constitutional order in Cyprus, which had been disturbed by the coup against Makarios just five days earlier, on July 15. 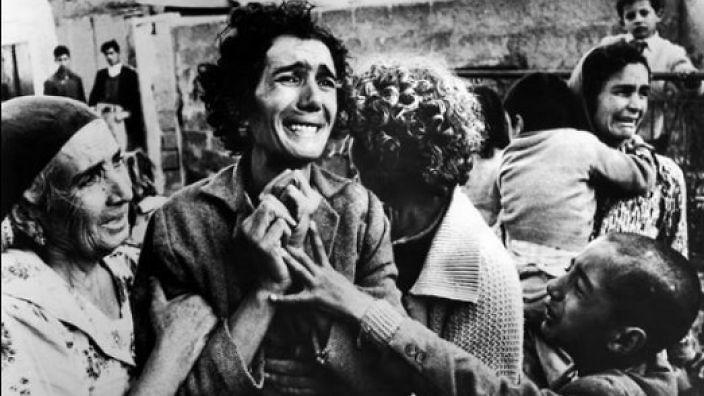 The “Attila” invasion was only the first part of the Cyprus tragedy. On August 14, 1974, the tragedy was compounded by the occupation of the beautiful seaside city of Famagusta and the Karpas Peninsula.
Approximately 4,000 people were killed during the invasion and 1,619 were reported missing. As many as 200,000 Cypriots were forcefully driven away from their homes and became refugees in their own homeland. This sudden disruption of the population created chaos and economic disaster. 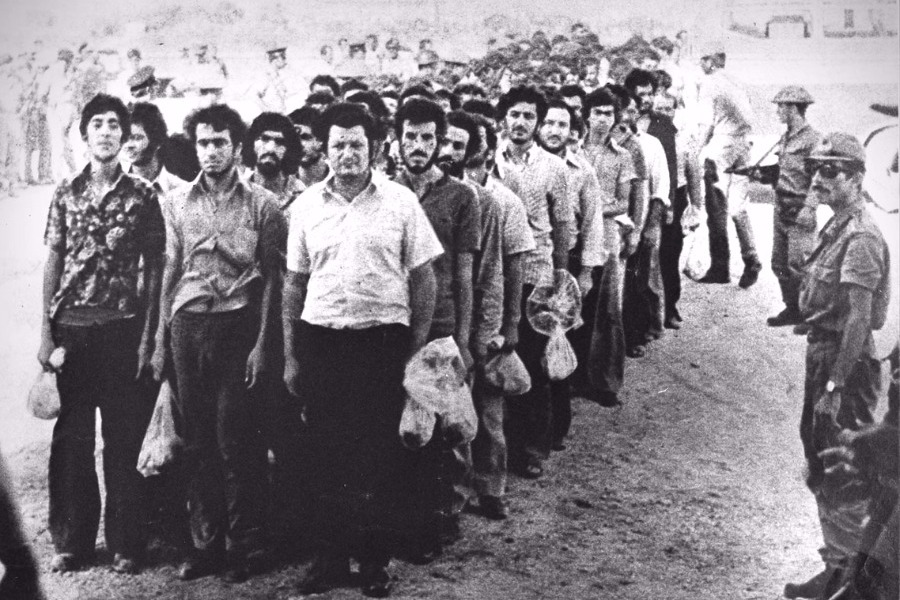 The Turkish occupation brought economic collapse to the northern part of Cyprus, with the army taking over one third of the country. The systematic settlement by Turkey of illegal settlers from that nation forced many Cypriots to emigrate to Europe and elsewhere.
The settlers today outnumber the native Turkish Cypriots by a ratio of about two to one. Independent observers have documented this issue for the Parliamentary Assembly of the Council of Europe in 1992 and 2003 respectively.
In violation of international law and UN resolutions, Turkey and the Turkish Cypriot regime continue to systematically eradicate the Greek cultural heritage of the occupied areas of Cyprus.
Cities and villages have been given Turkish names, while archaeological sites, churches and cemeteries have been desecrated, destroyed or transformed for other types of use.
Today, more than 43,000 armed soldiers from Turkey remain in the occupied areas of the island.

The day Turkey invaded Cyprus is a day that no Cypriot or Greek will ever forget #NeverForget Full story: goo.gl/5NmCa4

Prime Minister Kyriakos Mitsotakis praised the country's vaccination program, referring to a "wall of immunity" against the coronavirus.
Diaspora

Tom Carvel, born Athanassios Karvelas, was a Greek immigrant who brought soft ice cream to America and made the Carvel empire.