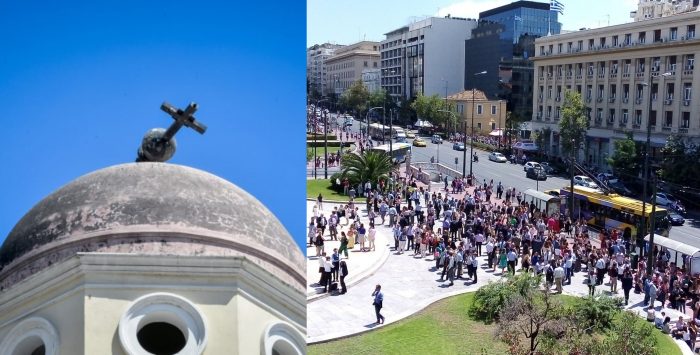 According to the Geodynamic Institute of the National Observatory of Athens, an earthquake hit near the Greek capital of Athens, at 14:13 local time on Friday.
The magnitude of the quake was 5.1 on the Richter scale (previously reported to be 5.0 and 5.3).
The epicenter was located 23 kilometers (14 miles) northwest of Athens and had a focal depth of 12 kilometers (7.4 miles).
Eleven smaller tremors have been recorded since the initial earthquake. The strongest had a magnitude of 4.4.

Some problems in regard to power and telecommunications were reported in some suburbs of the Greek capital. 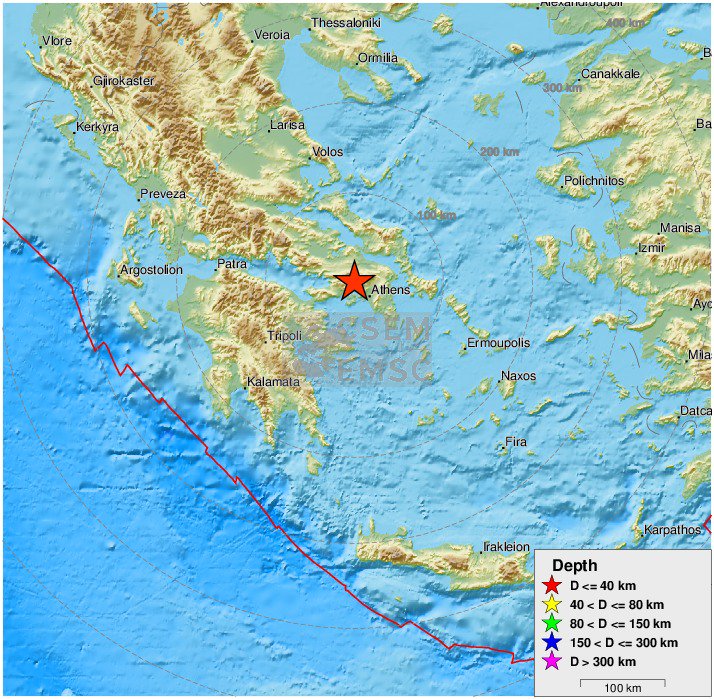 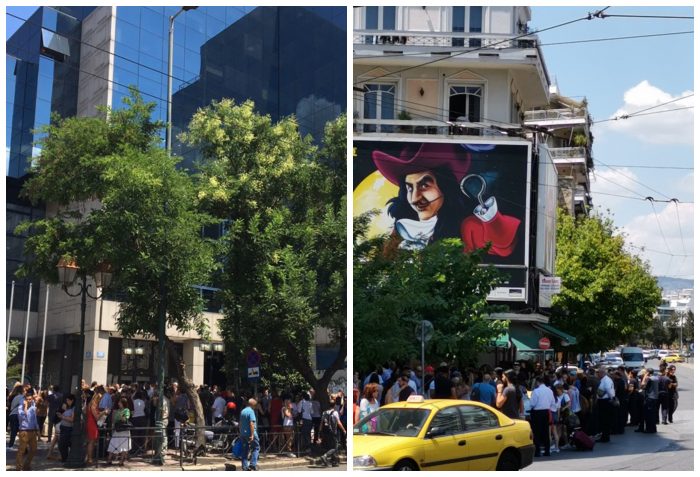 Office workers standing outside buildings after the temblor in Athens on Friday
As a precautionary measure, several buildings in central Athens have been evacuated and people are standing on the streets, waiting to be let back inside.

Speaking with Public Broadcaster ERT, governmental spokesperson Stelios Petsas said that two buildings, an older home in the area of Drapetsona and an uninhabited building in the area of Petralona, have collapsed in Attica.
Later reports suggest that one or two more old and uninhabited buildings also collapsed in different areas of Attica.
An old and abandoned structure also collapsed in the port of Piraeus, but fortunately, this occurred away from where travelers gather.


Seismology professor Efthymios Lekkas told reporters that the quake was felt throughout Attica and central Greece, while seismologists are still investigating whether it originated in the same rift which caused the lethal 1999 earthquakes (measuring 5.9 on the Richter scale), or one of its offshoots.
According to reports, there are cracks in houses in Piraeus, Monastiraki and Egaleo, but no injuries or deaths have been reported so far.
Immediately after the earthquake, the fire brigade went on alert and a Super-Puma helicopter was launched over Athens, together with a coordination helicopter, to patrol the western Attica region and report on any damage in the area.

Fire brigades and Greek police forces have been deployed in the area to assist the public.
A scheduled meeting between Citizen Protection Minister Michael Chrisochoidis and European Commissioner Christos Stylianides on Friday was cancelled due to the earthquake.
With information from AMNA