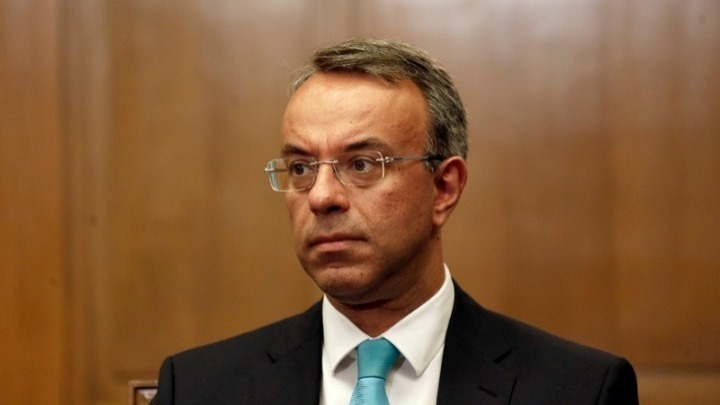 Greek Finance Minister Christos Staikouras on Tuesday said the yield on a governmental seven-year bond is evidence of Greece’s return to economic regularity.
A Greek government decision to open a book-building process for a new seven-year bond loan was met with strong demand by long-term institutional investors, only a few hours after the launch of the procedure.
According to sources, bids submitted exceeded 12.5 billion euros from 2.5 billion sought by the Greek state. The strong demand pushed the yield of the new bond to 1.9 percent from 2.1 percent at the opening of the book-building process.
“A basic requirement for the return of Greek economy to regularity is the systematic, high-quality, low-cost financing of the country by international markets. Today’s issuing of the seven-year bond is highly successful as it heads to that direction. We continue step by step, with our plan, with maturity and determination,” said Staikouras.
Prime Minister Kyriakos Mitsotakis congratulated in a tweet the Ministry of Finance and said that the issuance of a 7-year bond at a record low yield of 1.9 percent “is a vote of confidence in Greece’s growth prospects.”

I would like to congratulate the Public Debt Management Agency and the Ministry of Finance on the issuance of a 7-year bond at a record low yield of 1.9%. This is a vote of confidence in Greece’s growth prospects.

Moody’s upgrades Greek banks
Moody’s on Tuesday upgraded the outlook of deposit ratings of Alpha Bank, Eurobank and National Bank to “positive” from “stable”, with the long-term deposit ratings currently standing at Caa1.
The credit rating agency also upgraded Eurobank’s and National Bank’s CRA to B1 from B2 and reaffirmed all other credit ratings of all three banks.
“Today’s rating action is primarily driven by our expectation of further improvements in asset quality, funding and profitability in 2019-2020, benefiting from a more supportive operating environment,” said Nondas Nikolaidis, a senior credit officer.
“A recent change in government in Greece was likely to speed up growth-friendly economic policies, helping banks to implement their strategic plans and improve financial performance,” Moody’s said in their announcement.