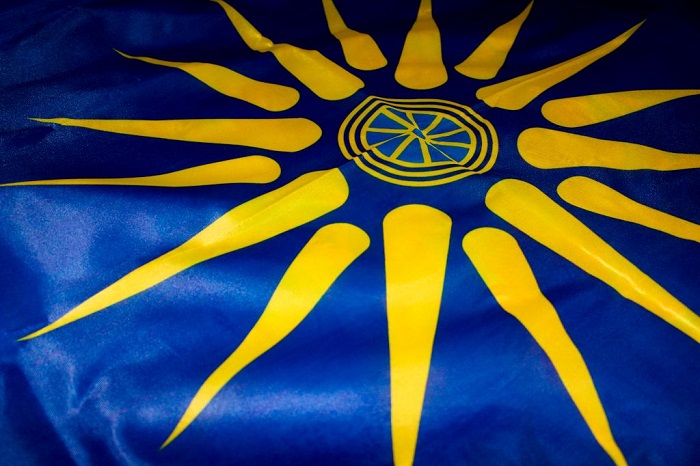 Following the signing of the Prespa Agreement by Greece and North Macedonia earlier this year, the deadline is looming to rename monuments as well as remove the Star of Vergina from public places in North Macedonia. The stipulations must be satisfied by August 12, 2019.

The intention of Northern Macedonian premier Zoran Zaev to fulfill all the conditions of the agreements was acknowledged in an interview he had recently with newspaper Sloboden Pecat.

“At the session held on July 4, the Government of the Republic of N. Macedonia tasked the General Secretariat to ask the competent institutions to provide information on the monuments, public and other infrastructure facilities whose names are part of the ancient Hellenic culture and civilization, in whose jurisdiction they relate to installation and maintenance, and who is the copyright holder, in terms of artwork,” he told the newspaper.

“At the same time, the Government instructed the General Secretariat to ask the competent institutions to provide information where the symbol of the Vergina sun is used or embedded in public places. Corrective actions will be undertaken after the provision of the information, in accordance with the Prespes Agreement and within the stipulated time frame,” he added.

The decision to remove the Star of Vergina from all North Macedonia state emblems has received a great deal of backlash from both locals and media who remain staunchly opposed to Zaev’s signing of the agreement.

The Prespa Agreement, which was controversial both in Greece and in North Macedonia, was ratified on January 25, 2019 and came into effect on February 12, 2019. It makes clear that North Macedonia has no connection or claim to ancient Macedonian culture, including any of its historic symbols.