The French Ambassador to Greece offered famous Greek singer Nana Mouskouri the highest honor the French State can give a foreign citizen.

At a ceremony that was held on Wednesday in the spectacular building of the Embassy of France in Athens, Ambassador Christophe Chantepy handed the ”Commandeur de l’ordre nationale de la Legion d’honneur” medal to Mouskouri.

The distinction (Commander of the National Order of the Legion of Honor in English) is the fourth to be given to Mouskouri by the Republic of France. 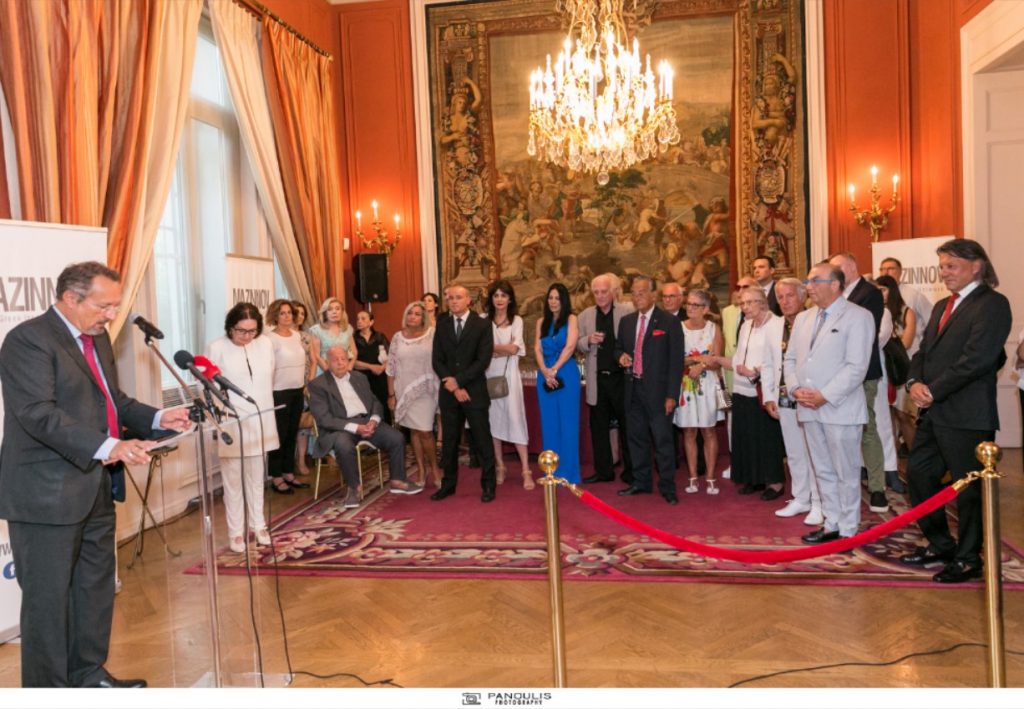 Mouskouri is an 84-year old singer with a spectacular career both in Greece and the rest of the world.

Her real name is Ioanna and she has been known across Europe and the world for her musical achievements, releasing over 200 albums and singles in at least twelve different languages, including Greek, French, English, German, Dutch, Italian, Portuguese, Spanish, Hebrew, Welsh, Mandarin Chinese and Corsican.

She has spent many years of her life abroad, since she moved to Paris in 1960.