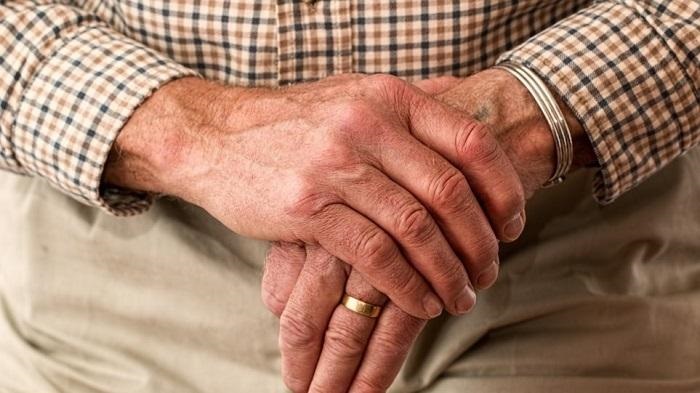 Three students from the Aristotle University of Thessaloniki, Greece have created “Tremor FreeMe,” a start-up company which focuses on reducing and even eliminating trembling symptoms in Parkinson’s disease patients.
Students Thomas Bikias, Roni Lassi and Angeliki Papathanasiou, all 23 years of age, have created a device which can be worn like a watch which helps stop the shaking of patients with Parkinson’s disease. By effectively stopping patients’ sometimes constant tremors, the device allows them to resume their daily routines and recover their sense of well-being.

The device has achieved a reduction in patients’ trembling by sensing which muscles are inadvertently triggered due to the condition, and by activating muscles which act in opposition to those, it provides stimulation which effectively stabilizes the hand.
“Living with my grandfather who suffers from Parkinson’s disease, I saw how many practical difficulties he faced in daily life and how much it also affected him on a psychological level,” related Bikias to the weekly free press publication Athens Voice.
“This experience, coupled with our collaboration with the Biomedical Technology Laboratory of the Aristotle University of Thessaloniki, has led to research that offers these people a solution that goes beyond the price and heightened side effects of medicines and surgeries,“ the young researcher added.
The device’s innovation has many facets. The students are presenting a total solution to the patient’s problem since, apart from stabilizing the hand through a device which is easy to use and discreet, they have also developed an application which communicates with it.
The device is individually tailored to the needs of each patient by using artificial intelligence which reduces the frequency of tremors through the computer application.
The only question remaining is how easy is it to market something like this in Greece?
While speaking to Athens Voice, Bikias pointed out that “Greek universities provide a very high cognitive level to students, which fosters the conception and implementation of an idea.
“However, afterwards many difficulties arise; mainly financial, consultative and bureaucratic factors that one faces when they get to the point where they want to market their idea. Unfortunately, the problems of the Greek economy do not help the situation,” he remarked.
Bikias added, “I do not think it is prohibitive as everything can work out by working long hours and asking for help from the right people.
“For me, as an engineer, “doing business” means that a very good idea that I thought of and fabricated, can exit the lab and reach a point where it is used by many people. And that’s the target for the device we’re developing. In other words, that it help as many people that need it in the world,“ he concluded.
Currently, the device is a laboratory prototype which has been tested on patients in hospitals in Thessaloniki, producing positive results. At the same time, work is continuing to perfect its technology and create a product which can get out on the market and reach patients as soon as possible.
The team of students is collaborating with two physicians in hospitals in Thessaloniki and has had technical support from the AUTh biomedical engineering workshop.